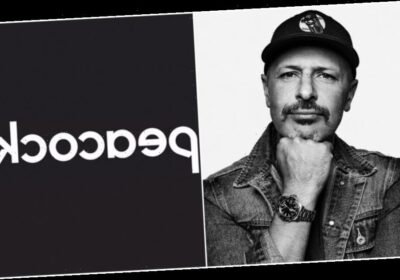 EXCLUSIVE: NBCU streamer Peacock is growing its slate of stand-up specials with a new laugher from A Simple Wedding and Superior Donuts actor Maz Jobrani.

The comedian is bringing his Pandemic Warrior special to the service exclusively from January 28.

The special was filmed in Dubai in 2019 and features Jobrani tackling topics such as politics, parenting and social issues. He has added bonus material from his days under the Covid-19 pandemic lockdown.

Jobrani was born in Iran and relocated to Tiburon in the San Francisco Bay Area after his family was forced to flee during the Islamic revolution. He has featured in films including Sydney Pollack’s The Interpreter, Descendants and Ice Cube’s Friday After Next and most recently starred opposite Rita Wilson in A Simple Wedding. On the TV side, he was a regular on CBS comedy Superior Donuts and appeared on Hulu’s Taste the Nation.

It is the comedian’s latest stand-up special; his Immigrant aired on Netflix in 2017, and he has had three specials on Showtime: Brown and Friendly, I Come in Peace, and I’m Not a Terrorist, But I’ve Played One on TV.

The special is produced by Mainstay Entertainment and distributed by Comedy Dynamics. Jobrani serves as executive producer.

He is repped by CAA, Mainstay Entertainment and Cohen & Gardner.