Home » TV & Movies » Peacock Hit 33 Million Subscribers by the End of 2020, Just Before 'The Office' Arrived

Peacock Hit 33 Million Subscribers by the End of 2020, Just Before 'The Office' Arrived 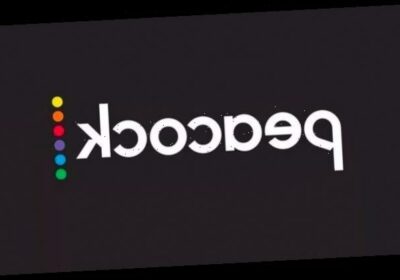 Exceeding expectations, NBCUniversal’s streaming service Peacock reached 33 million subscribers by the end of 2020. That is not only far ahead of projections from their parent company Comcast, who hoped to reach 35 million subscribers by the end of 2024, they also hit this number before Peacock became the exclusive streaming home of The Office on January 1.

Comcast held a conference call with executives to provide fourth quarter revenue details, and the Peacock subscriber number had risen by 11 million from what was reported in the third quarter. Though The Office didn’t hit Peacock until the beginning of 2021, it seems as if the impending arrival of the series might have had a factor in the subscriber jump. On December 8, NBCU CEO Jeff Shell said Peacock had reached 26 million subscribers, so that means the back half of December saw them gaining another 7 million subscribers.

We won’t know how much more of an impact The Office will have on Peacock subscriber numbers until there’s another Comcast conference call for the first quarter of 2021, but things are clearly going well for the streaming service, which launched in July. It probably helps that the basic, ad-supported level of Peacock is free to sign up for. Plus, Comcast cable subscribers get access to the Peacock Premium tier (with fewer ads) for free. That means Peacock probably isn’t bringing in as much revenue as a streaming service like HBO Max, but having that big of a subscriber base in such a short window is still an impressive feat.

What will likely help boost subscriber numbers even more is the recent deal that Peacock just struck with WWE Network to become the exclusive streaming home to thousands of hours of wrestling content. Fans of the wild sport soap opera will probably flock to Peacock for all the programming available from WWE Network.

But even though Peacock is doing well, Comcast is still losing plenty of money thanks to filmed entertainment being rather stagnant and theme parks not being well-attended due to the pandemic. But they did add over 538,000 broadband subscribers and cable revenues have slightly risen too since available programming isn’t quite so costly right now, so it’s not all doom and gloom during these dire times. If you’d like a more thorough breakdown of Comcast’s financial earnings at the end of 2020, head over to CNBC.