One of the Outlander scenes fans were most excited to see involved Jamie Fraser (played by Sam Heughan) seeing his sperm while looking in Claire’s (Caitriona Balfe) microscope. The moment was certainly entertaining but some of the dialogue from Diana Gabaldon’s novels, which the show is based on, was cut.

Diana explained she thought fans would miss the dialogue as it is such an important scene to them.

When asked if there was a particular scene in Journeycake, which she wrote, that she was excited to adapt, it was easy for Diana to decide.

She explained: “There were three, actually. Two of them were iconic scenes from the books, so that wasn’t a matter of adaptation.

“It was more like how much of each scene can we use, because there is limited time. 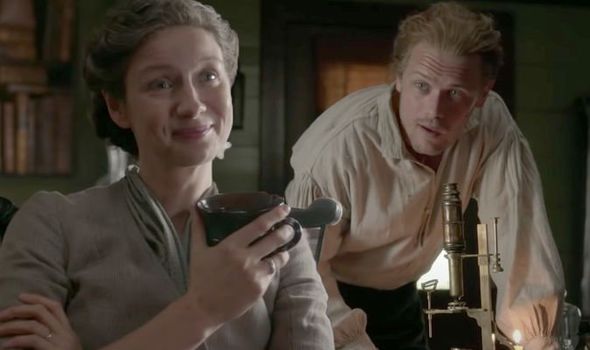 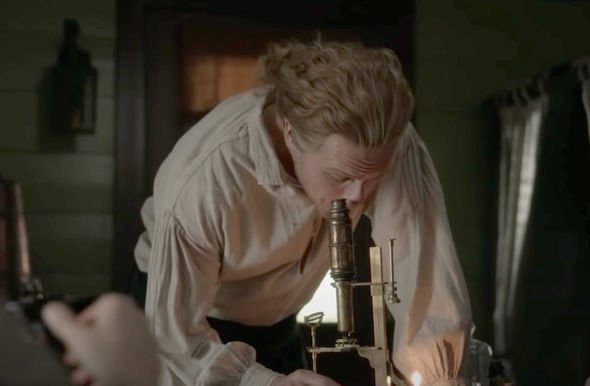 “So I put in the whole scene [from the book], and they would trim pieces off of it.

“The first scene that comes to mind is the scene with the microscope.”

Diana continued: “They trimmed off the last bit of dialogue, and people probably miss that, but they’ll enjoy the scene, regardless.

“And then there’s the window sill scene, of course, which I had a lot of fun with. That comes before the microscope scene, for obvious reasons…” 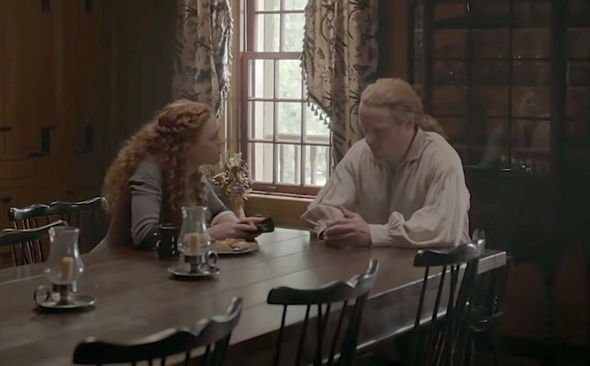 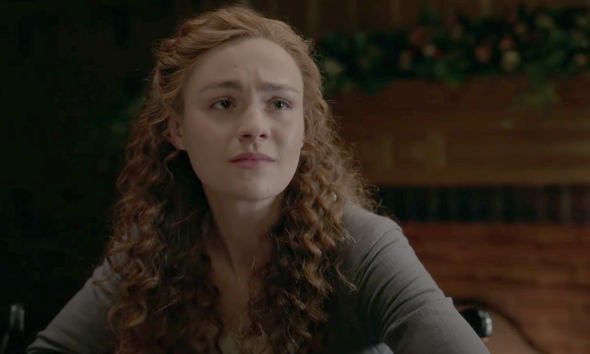 The final scene which Diana loves from the penultimate episode of season five was between Jamie and Brianna Fraser (Sophie Skelton).

She explained to Town & Country that the exchange which saw Jamie reveal Brianna had a half-brother was “deeply, deeply emotional”.

Jamie is seen passing a painting of his son William, who he fathered after Claire returned to the future, to his daughter.

Confused, Brianna asks who it is, and she is shocked to learn she has a sibling.

“I thought they just nailed it,” Diana told the publication.

“I’ve gone back and watched that particular scene a dozen times, at least.”

Brianna was sad she wouldn’t get the chance to meet William as she planned to return to the future with husband Roger MacKenzie (Richard Rankin) and son Jemmy.

However, William also does not know that Jamie is his father and it can’t be revealed or the teen will risk losing his inheritance.

But, with a twist in the final episode revealing Brianna, Roger and Jemmy, had stayed in the 18th Century when they tried to travel through the stones, they could meet William after all.

The teen made an appearance in season four when he visited North Carolina with Lord John Grey (David Berry).

Lord John returned to England to look after his adopted son in episode 11, but if he doesn’t make it back safely, could William return to America to live with the Frasers?

Outlander seasons 1-5 are available to stream on Amazon Prime now.

This article contains affiliate links, we may receive a commission on any sales we generate from it. Learn more.