Claire (played by Caitriona Balfe) shared the news about Brianna’s (Sophie Skelton) parentage when they took a trip back to Scotland after Frank Randall’s (Tobias Menzies) death. Brianna couldn’t believe what her mother was telling her and was unable to comprehend the idea of time travel. However the Outlander favourite eventually took time to listen to her mother and agreed she should go back in time to reunite with Jamie (Sam Heughan). When Brianna learned her parents were set to perish in a house fire, she decided to time travel too so she could warn them.

It was a moment Outlander fans had been waiting for – Jamie and Brianna would meet for the first time.

But when the pair came face-to-face it wasn’t as special as some might have hoped. In fact, it was rather awkward.

However, Sophie has explained why Brianna wouldn’t be able to instantly connect with Jamie insisting she still felt a sense of loyalty to Frank.

It is worth remembering how close Brianna was to Frank and how much she didn’t want it to be true that he wasn’t her father. 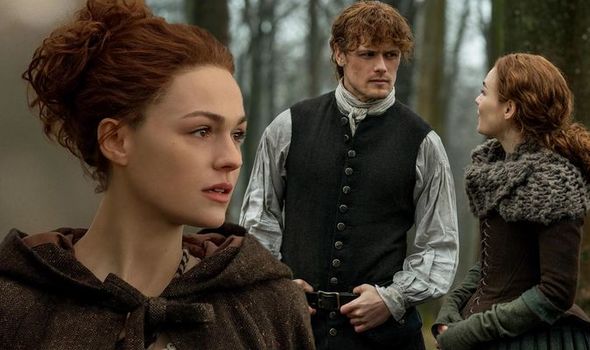 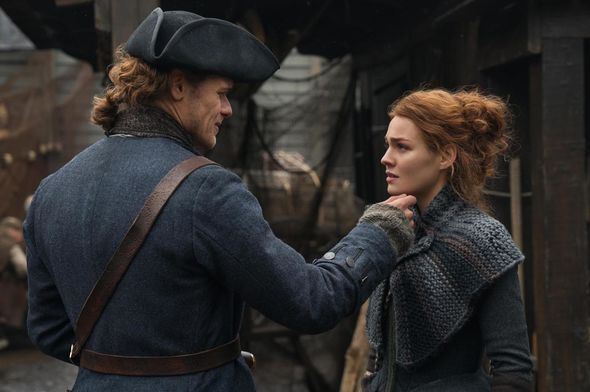 Speaking on Jamie and Brianna’s meeting, Sophie remarked: “The fans have been waiting so long, and Jamie and Bri have, well Jamie has more than Bri in terms of knowledge of each other existing.

“It would have been amazing to have this magical moment where they just got on like a house on fire straight away.

“But, realistically Bri at the time is a 20-year-old woman and she’s never met this man before.”

Sophie added: “She also had some loyalty issues in terms of feeling like she was betraying Frank a little bit.” 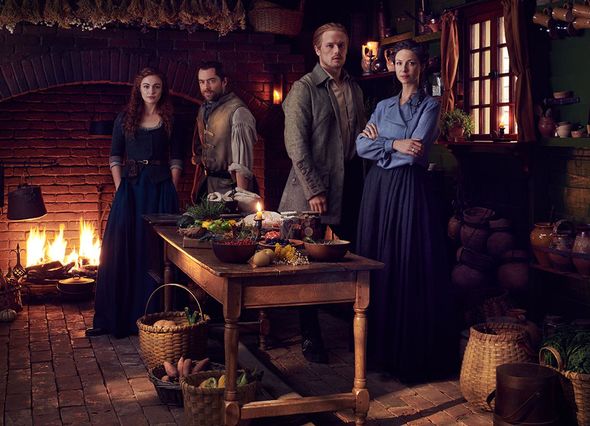 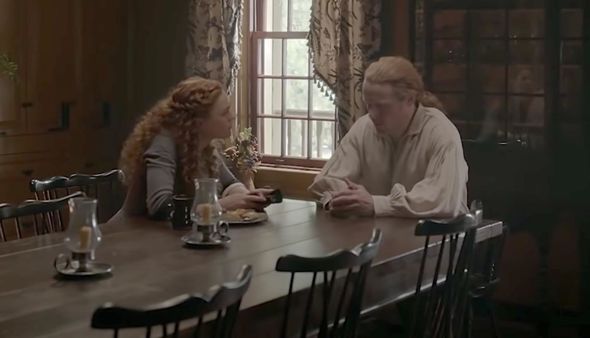 “But I think once she was settled with that and realised Frank had trained her to go back anyway and he knew that it was going to happen, she almost took that as his blessing in allowing her and Jamie getting to know each other,” the actress told Gold Derby.

“They’re strangers, blood doesn’t always mean everything and I think, again the mutual respect forming between them and I think they are really starting to see that progression and them getting closer and closer.”

As fans know, while Jamie and Brianna grew closer, she eventually decided with husband Roger MacKenzie (Richard Rankin) to go back to the present day.

Jamie was heartbroken to see his daughter leave but when Brianna and Roger tried to pass through the stones, they found themselves back in 18th Century North Carolina.

“And, as is Outlander, once they get close Brianna is off back in time and like, ‘See you!’” Sophie laughed.

While it seem Brianna and Roger are back for good, wth the Revolutionary War approaching, they may be forced to rethink their choices.

Can they really stay safe with son Jemmy as war rages on?

Sophie hinted there is so much more to come for Brianna and Roger when she spoke at Paley Fest LA.

“Everything that could happen to a person, Brianna has pretty much been through,” she remarked.

“But I know that there is even more happening next season and it will be exciting to see what’s left to do.

“It is always amazing and I have a feeling it will be an absolutely packed season.”