Laura Poitras became a rock star of the documentary world with 2014’s Oscar-winning “Citizenfour,” an explosive and definitive account of the Edward Snowden story that brought Poitras’ investigative filmmaking to a global audience. Since then, she has completed just one feature, the Julian Assange portrait “Risk,” but supported countless others as the co-creator and executive producer behind Field of Vision, the documentary film unit designed to support investigative filmmaking on a wavelength similar to her own.

Now, she’s ready to return to her filmmaking full time. Poitras is stepping down from her leadership position at Field of Vision to focus on her next feature. Charlotte Cook, who co-founded the project with Poitras and filmmaker A.J. Schnack in 2015, will continue to lead the organization.

“In the last year, I felt like that Field of Vision established itself in the documentary field, and I felt I was spread too thin, having sometimes 20 films that I needed to look at,” Poitras said. She added that she would continue supporting a handful of documentaries in development, including three confidential projects about sexual assault and abuse. And there may be others. “There are many films I can continue to work on where I can bring my unique expertise if that’s around digital security or journalistic questions, because I believe in that,” she said. “But I’ve reached a point where I realized I can’t do everything.”

Field of Vision was launched by First Look Media, the independent journalism production company Poitras started with “Citizenfour” subject Glenn Greenwald and fellow investigative reporter Jeremy Scahill in 2013. The documentary unit was initially attached to The Intercept, a muckraking reporting site where Greenwald and others have produced much of their work. Field of Vision parted ways with The Intercept in 2016, after a falling out with the company over the treatment of its documentary archives. Since then, Field of Vision has supported shorts and features alike with a range of successes.

These include Marshall Curry’s Oscar-nominated short “Night at the Garden,” which revisits a Nazi rally at Madison Square Garden, Poitras’ internet surveillance short “Project X,” and Schnack’s eye-opening look at mass shootings, “Speaking is Difficult.” All of those projects were released online and played at major film festivals. In the meantime, Field of Vision also provided partial support to major documentary features, including Sundance breakouts “Crime + Punishment,” Oscar nominee “Hale County This Morning, This Evening,” and this year’s Netflix acquisition “American Factory.”

That movie, which eventually counted Barack and Michelle Obama as executive producers, chronicles the combustible relationship between a Chinese-owned glass factory and its U.S. employees; it took years to complete. Before Participant Media brought full funding to the project, Field of Vision helped the project through its development phase, winnowing down 1,200 hours of footage. Poitras stressed the need to provide a support system for that type of filmmaking in tandem with more immediate subjects. “It was essential for the culture to have filmmakers put the time and expertise into that,” she said. “I think documentaries do a lot of the investigating that the ecosystem for newspapers has been able to support. So many newspapers are closing and documentaries have been able to do essential work in terms of holding power to account, creating critical analysis of the historical moment while having a lasting impact. It’s not just about a 24-hour news cycle.”

At the same time, Field of Vision’s emphasis on shorts has allowed it to deliver fast responses to the current moment. While the company can only fund a certain percentage of features, it has been a key player in supporting the rapid production of documentary shorts, including 2016 immigration exposé “Best of Luck With the Wall,” produced in the moments leading up to Trump’s election, and the online series “Our 100 Days,” a weekly series of shorts about underrepresented American stories produced when the election results were still raw. “We really wanted a space where filmmakers could work on a faster timeline, so we allocated money for shorts,” Poitras said. “They’re all very much responding to some cultural moment.”

As a filmmaker, Poitras has been tracking the complexities of national security and foreign influence long before the chaos of the Trump Administration: Her so-called “post-9/11” trilogy began with 2006’s Iraq War portrait “My Country, My Country,” continued with the story of an Osama bin Laden bodyguard in “The Oath,” and concluded with “Citizenfour.” Her work, and many of the Field of Vision projects it has inspired, exposes shadowy governmental forces through a personal lens. 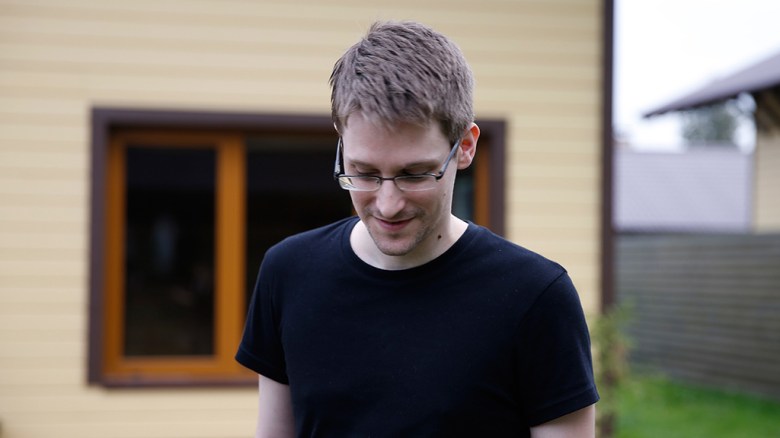 “I feel an enormous sense of urgency that what we’re witnessing at this cultural moment is really terrifying, and it has been now for a while,” she said. “I wish I could say there was a time when I didn’t feel this way, but it’s been so long. Obama was one of the worst at targeting journalists and using the drone program. There were so many concerns there, and this moment is obviously incredibly terrifying.”

At Field of Vision, Poitras developed a network of resources for filmmakers working on delicate subjects. “Most independent filmmakers don’t have access to a research team, or a First Amendment legal team, or a digital security team,” she said. “Those are all things we have. We can provide that insurance so the filmmaker can keep going.” The documentary market has accelerated in the past four years, with Netflix and other streaming entities creating new opportunities in the non-fiction space (Field of Vision short “Ghosts of Sugarland” also sold to Netflix at Sundance).

But Poitras remained skeptical of how much filmmakers were able to control their work on that level. “I’ve seen enough contracts to know how bad they are — all rights are being handed over, all derivative rights,” she said. “We wanted to do something really filmmaker-driven, so at Field of Vision, filmmakers uphold the copyrights of their work, the raw footage. We didn’t want to encroach on those rights.”

Poitras envisioned a future for Field of Vision that extended beyond supporting filmmakers on individual projects. “The landscape tends to be very project-based in terms of how funding is rewarded,” she said. “We’re finding ways to support filmmakers and artists that is not project-based.”

Poitras thrives in confidentiality, and declined to offer specifics about her next feature, but she did rule out one subject. While it may invite many high-profile documentary projects, the upcoming presidential election wasn’t her target. “I’m a little bit skeptical about the amount of journalistic resources that are going to be used to follow the election,” she said. “It’s a real horse race, and I’m not sure it’s the best use of our resources. I think we should be chasing the issues more than the personalities.”