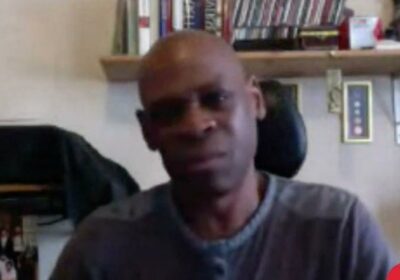 Only Fools and Horses recently celebrated its 40th anniversary.

To commemorate this amazing milestone, Daily Star caught up with Steven Woodcock, who played Rodney’s pal Jevon in the iconic BBC sitcom between 1988-1989.

Steven only appeared in five episodes of the show before landing a long-term role in fellow BBC series EastEnders.

Even so, Jevon was often mentioned by other characters long after his last appearance.

Steven’s OFAH legacy continues to live on off the screen too.

Speaking with our very own Carly Hacon on a Live Facebook chat, the English actor said he still gets recognised by fans “all the time”.

“There's not a day I’m gonna go out and not get called ‘Jevon’ from across the street”, the 57-year-old said, laughing.

But it’s not just adults that still heckle Steven in the street today. He adds that even children are at it.

“Even the little kids, they say, ‘Jevon, you play Jevon, don’t you?’ You know, it’s constant”.

Some stars would hate the attention from a show they filmed only a handful of episodes of 33 years ago, but not Steven.

“I don’t mind it. I actually quite enjoy it,” he claimed.

Steven seems to take it all in his stride by remembering that being bombarded by fans is just part and parcel of being on telly.

“I was in the business, I was in television, and you’re going to be noticed. It’s wonderful to get noticed for something that people actually really appreciate. I love it, to be quite honest”.

To this day, Only Fools and Horses is everywhere, and it’s clearly still well-loved by fans old and new.

Steven is glad about the show’s ongoing popularity, but can’t quite believe it.

“It’s surprising to me that after 40 years, we’ve still got young people who are really interested in the programme… five-year-olds that know I played the character of Jevon. It’s quite amazing to see a show that’s moved through the generations”.

But to Steven, it’s the fans that make Only Fools and Horses.

According to him, the sitcom “has turned into a cult”, which is all down to it’s “totally amazing” fanbase – who he’s always keen to meet at conventions.