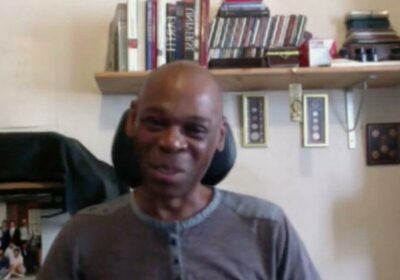 During an exclusive Facebook Live chat with Daily Star, Only Fools and Horses actor Steven Woodcock, 57, said: "The way that the characters are, they're dealing with real life. They're not just dealing with things that are just simply of the time."

Steven was speaking to Daily Star Showbiz reporter Carly Hacon to tie in with the 40th anniversary of Only Fools, which originally ran from 1981 to 1991.

"You've got things like our dear friend Roger Lloyd-Pack, who played Trigger, who's sadly left us now… you've got Trigger and his broom," Steven smiled.

"You've got people who will still say 'How long have you had that broom?' you know.

"'Oh, it's 14 years or something, it's had 14 heads and 11 new handles and apparently it's the same broom.' But there are people in society like that now."

Steven laughs: "I don't want any road sweeps coming up to me and knock me over the head with their brooms, but I think there are some out there who think this is the same broom. I'm not getting rid of it because I've had it for so long.

Carly added: "Talking of today, are you still getting recognised, having people shout 'Jevon' in the street?'

"There's not a day I'm gonna go out and I don't get called 'Jevon!' from across the street, or even the little kids go 'Jevon, you play Jevon, don't you?' "

"It's constant," he laughed. "But I don't mind it. I actually quite enjoy it because it's what I was in the business for and certainly in television, it's wonderful, you know.

"You're gonna get noticed and it's wonderful to get noticed for something that people actually really appreciate, so I love it, to be quite honest."