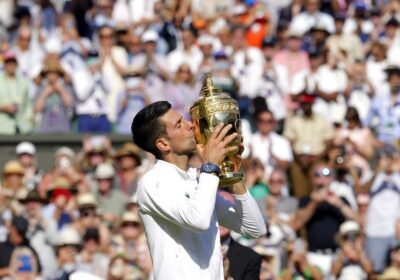 In the process, top-seeded Djokovic ran his unbeaten run at the grass-court Grand Slam tournament to 28 matches. He also now has 21 major trophies, just one behind Rafael Nadal’s 22 for the most in men’s tennis history.

Only Roger Federer has won more titles at Wimbledon than Djokovic.

The 40th-ranked Kyrgios was trying to become the first unseeded men’s champion at Wimbledon since Goran Ivanisevic in 2001. Ivanisevic is Djokovic’s coach and was present for the match.

Kyrgios had never been past the quarterfinals in 29 previous Grand Slam appearances, and last made it that far 7 1/2 years ago.