BBC viewer says BBC has 'bias against supporters of Brexit'

The BBC was recently hit with a bombshell report from Ofcom over the broadcaster’s bias and complaints handling. However, after Newswatch Samira Ahmed waded through the backlash on Saturday morning, Damazer stepped in to defend the BBC, maintaining the reporting remained impartial on the vast majority of issues.

Samira challenged the former controller for BBC Radio 4 and Radio 7 on his views of the channel’s recent coverage.

“If you take a more practical view of it, which is measure the BBC’s impartiality record or the accuracy and trustworthiness of its journalism. 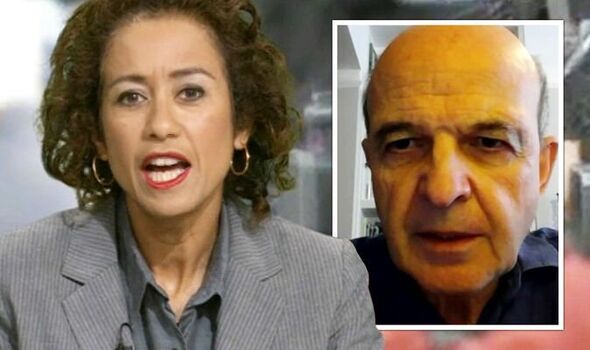 “I would contend that, overall, the BBC does an extremely good and effective job at being a trustworthy and impartial broadcaster.

“In doing that [it] serves British democracy extraordinarily well.”

One in 10 adults or 11 percent have felt the need to complain about the BBC’s coverage over the last year.

Viewers have felt the broadcaster has taken a clear stance over topics such as Prime Minister Boris Johnson, the cost of living crisis, and climate change.

Others have also complained over the balance of its reports, with Samira highlighting viewer issues with the amount of coverage on the abortion debate in the USA and Glastonbury festival.

“It’s fair to say we’re living in a much more politically polarised time, and the media landscape has changed with much more commentator-led coverage on radio and TV,” she explained to Mark.

“Are people just wanting the BBC to represent their points of view on issues?” Samira asked.

However, Mark retorted: “I think that is acute and is the key point, which is the extent to which people recognise that the BBC is not there to make their own personal worldview feel reinforced or better.

“The BBC is not there to attack, deride or belittle your opponent.

“The BBC does something completely different, which is to present a big range of views and have them effectively both reflected and challenged by qualified journalists and presenters who know their business.

“You’re not supposed to end up with a warm, cuddly feeling inside that the BBC has endorsed your view.”

Although Mark insisted the BBC remains impartial on most issues, it is still the channel with the highest number of complaints over the last year.

In response to the Ofcom report, a BBC spokesperson said: “Like any organisation we work to make continuing improvements, which is why we published a 10-point plan on impartiality and editorial standards last year.

“Everyone knows this is an absolute priority for the BBC, and Ofcom rightly recognises impartiality is a complex area, audiences hold us to a higher standard than other broadcasters and that we have a good record of complying with broadcasting rules.

“In addition, the BBC has the most thorough and transparent complaints process in UK media and we are committed to being accessible and accountable to our audiences. We will work with Ofcom to make further improvements to this system.”

Mark served as controller for BBC Radio 4 and Radio 7 for six years, and was previously the Deputy Director of the BBC’s News Division.

BBC Breakfast airs weekdays from 6am on BBC One.