Non-binary stars explain how TV can do better 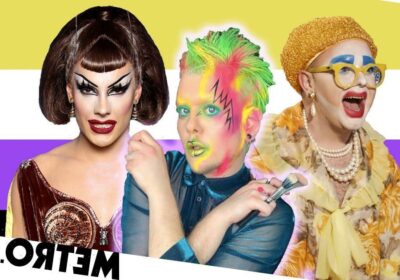 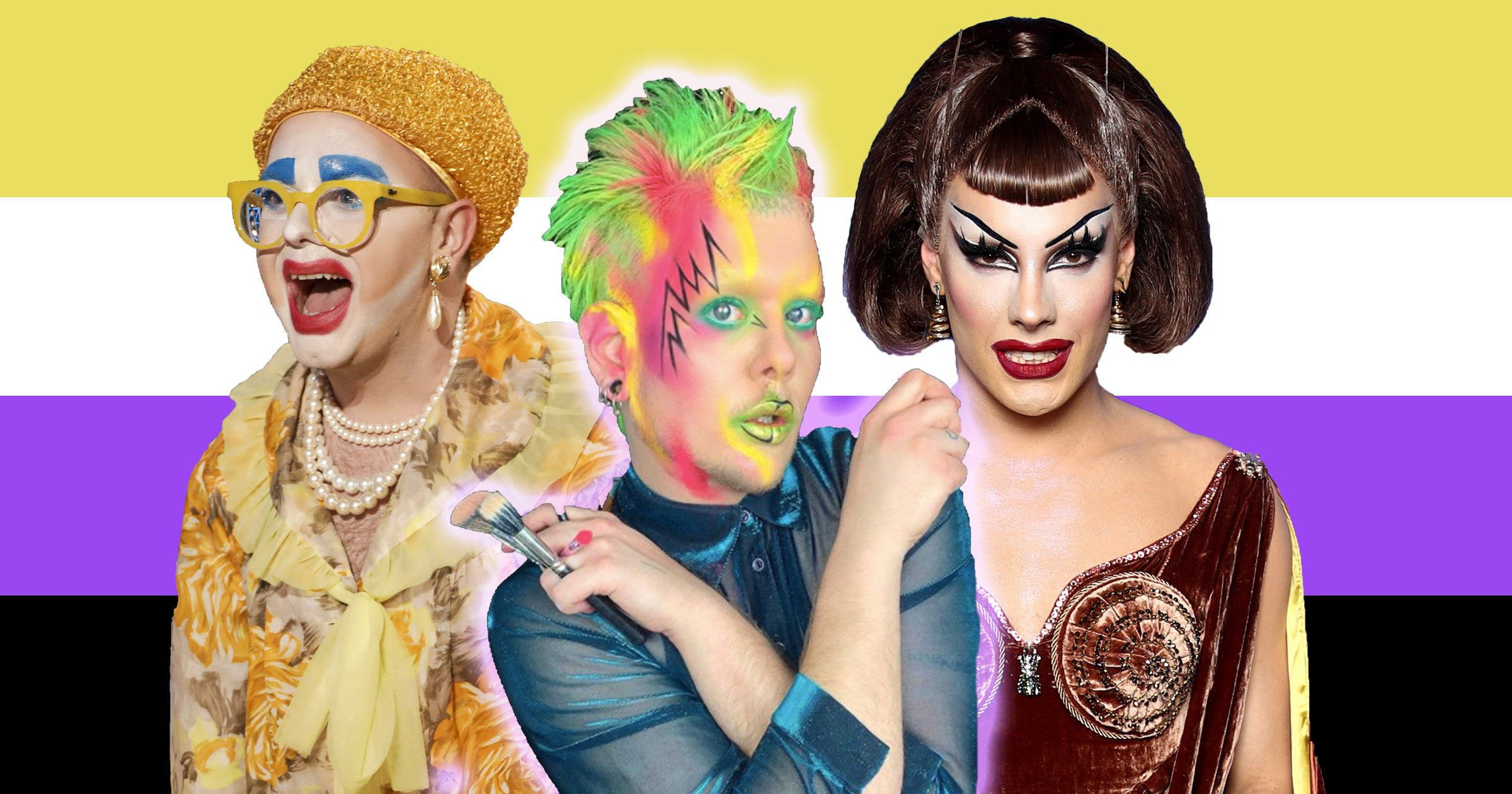 Representation of non-binary people on television is *very* slowly getting better thanks to a small selection of television shows. But my God there’s still a load of work to be done.

Trans, non-binary and gender non-conforming people have existed since the dawn of time but shamefully have rarely been seen on television screens. There’s no question that visibility is important in helping educate society to better understand marginalised voices.

As Pride month comes to an end Metro.co.uk caught up with RuPaul’s Drag Race stars Ginny Lemon and Etctera Etcetera as well as Glow Up alum Jack Oliver about the importance of representation and what the media needs to be doing to elevate and celebrate non-binary voices.

Ginny Lemon made history on RuPaul’s Drag Race UK earlier this year when they opened up to fellow contestant Bimini Bon-Boulash about their gender identity.

‘I am aware now that it was the first conversation had by two non-binary people on television,’ Ginny told us. ‘It’s quite a momentous thing. It wasn’t something that I had envisioned for my journey on the show. I very much was in the competition to have a laugh and they do go into these deep personal things. I was more than happy to share my story.’

Ginny said watching the scenes back was ‘very confronting’. ‘I’m a punk bitch, and I do my own thing, so I go along in the world and do my own thing and try not to be an absolute ars*hole,’ they said. ‘So, for me to be now thrust in the spotlight about somebody who can talk about it, I’m a bit like I was just living my life, I don’t know if I signed up for this. I would just like the world to exist without labels. That’s what I’d like the most.’

Despite this, they’re pleased the topic of gender identity was brought into the mainstream conversation – although it’s taken until 2021. ‘At least we’re having a conversation now,’ they said. ‘Think about the culture in the workplace 20 years ago to what it’s like now. Everything takes time. It’s all about having a wider depth of education, especially in this country where we’re brought up on a Victorian, outdated education system. It’s quite hard to learn what a mortgage is, what an orgasm is and what a lesbian is until we leave school.  We should probably learn these things, right?

‘It’s good to bring awareness to non-binary people, it’s good for it be in discussion and for people to think about the concept of gender, that’s really amazing,’ Ginny continued. ‘And to think about gender as a construct.

‘I’ve always identified as queer and that just for me entails everything, that’s my gender that’s my sexuality, that’s everything.’

Ginny has been swamped with messages from fans saying that their conversation about gender has prompted them to come out to their friends and families. ‘It’s amazing because people want to share their story with me and maybe because that’s this big voice that hasn’t been heard and maybe mine and Bimini voice was the first non-binary voice that was truly heard,’ they said. ‘I’m talking across the world, not just the UK.’

Turning their head to pronouns, Ginny describes themselves as someone who is ‘pronoun positive’. ‘For me personally, I’m not fussed what pronouns people use as long as they’re not using it in a derogative or nasty way,’ they explained. ‘Otherwise, you can find yourself stumbling. If I’m stumbling over this and I’m meant to be this bloody non-binary figure… we’re all struggling with language so we need to break that down and have a conversation. My preferred pronoun is your majesty and I call everyone babz.’

Ginny notes that there is a lot to be done in the world of entertainment when it comes to supporting and championing non-binary people. ‘What would be really good is for people to be seen as an individual as opposed to a commodity because I suppose that individual would like a little slice of the commodity as well. It would also be great if people could start treating each other a bit more human all round – as opposed to a glamorous moving prop.’ Need we say more.

Etcetera Etcetera was a contestant on the first series of RuPaul’s Drag Race Down Under, which concluded earlier this month.

They were the only non-binary drag queen on the show and felt it necessary to open up about their gender identity on the show to educate audiences.

‘It was very, very important for me to represent the community on TV as a non-binary person, specifically for Australia,’ Etcetera told Metro.co.uk. ‘Growing up, watching Australian media there was never any exploration of gender bending on TV, it was very manly men and girly girl. I think Australia has such a toxic gender culture that for me, being on TV as a vocal, loud, proud, bold, brash non-binary person was the person I never saw growing up.’

Explaining what people can do to be better allies, Etcetera said it’s crucial to make non-binary people more visible.

‘I’ve had so many messages saying you’ve really made TV history here – they’ve never had a reality show where they’ve put it [they/them pronouns] into the bio where it says your name and your age.

‘I’m the only non-binary queen of Glow Up series three being able to put that out into the bio and actually see that on the television for myself, to not only educate but to show people we are here and we exist.’

Recalling the first time they saw their pronouns flash up on the television screen, Jack said they felt ‘overwhelmed and emotional’. ‘I just thought it was so amazing,’ they said. ‘Me and my partner are both they/thems and we prefer our names and saying them and it’s just comfortable.’

The impact of Jack’s non-binary visibility has had on viewers, including their own family members, has been far reaching.

‘My youngest sibling recently changed their name and they are also they/them and they’re just finding their path in life and I think them watching it on the TV as well made them super emotional,’ they shared. ‘I’ve had hundreds of messages from younger people and the younger generation just saying how it’s given them so much life and energy to say “that is who I am and that’s where I belong and I feel so comfortable saying that now”.

‘I even had a message from someone saying they were going to come out to their family and they actually tagged me in a post revealing they had come out as non-binary.’