I can reveal the creative brains behind the upcoming stage production believe the singer is “perfect” to play trapeze girl Anne Wheeler. 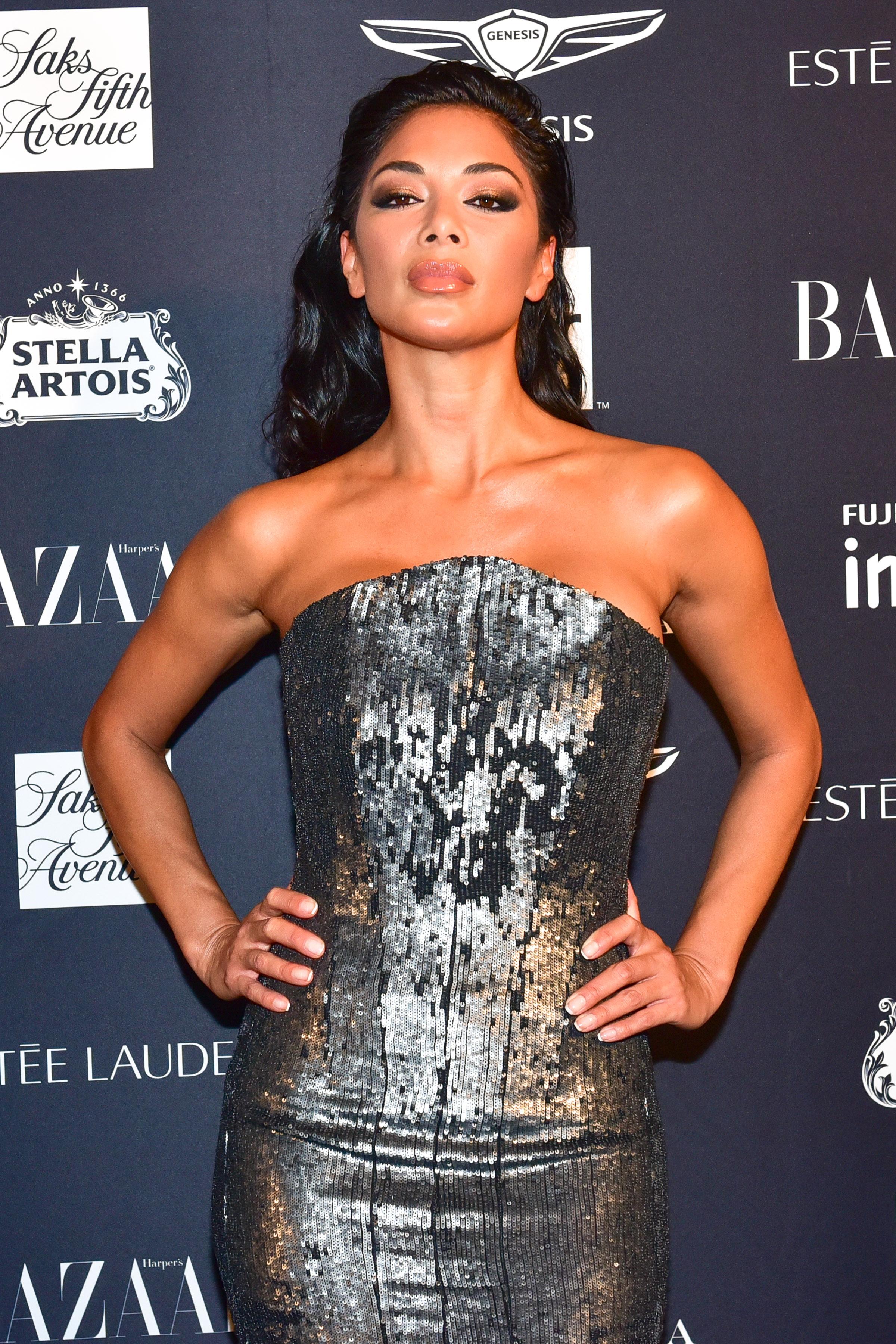 They are hoping to replicate the huge success of Hugh Jackman’s musical movie, which was panned by critics when it was released in December 2017 but gradually became a smash hit with the public and grossed more than £314million at the box office.

Spider-Man: Homecoming star Zendaya played the part of Anne Wheeler in the blockbuster.

She sang hit song Rewrite The Stars, which could be a perfect Broadway song for former Pussycat Doll Nicole.

A theatre source said: “There’s hasty movement behind the scenes to get The Greatest Showman on stage and discussions have already begun about who’s going to take the lead roles. 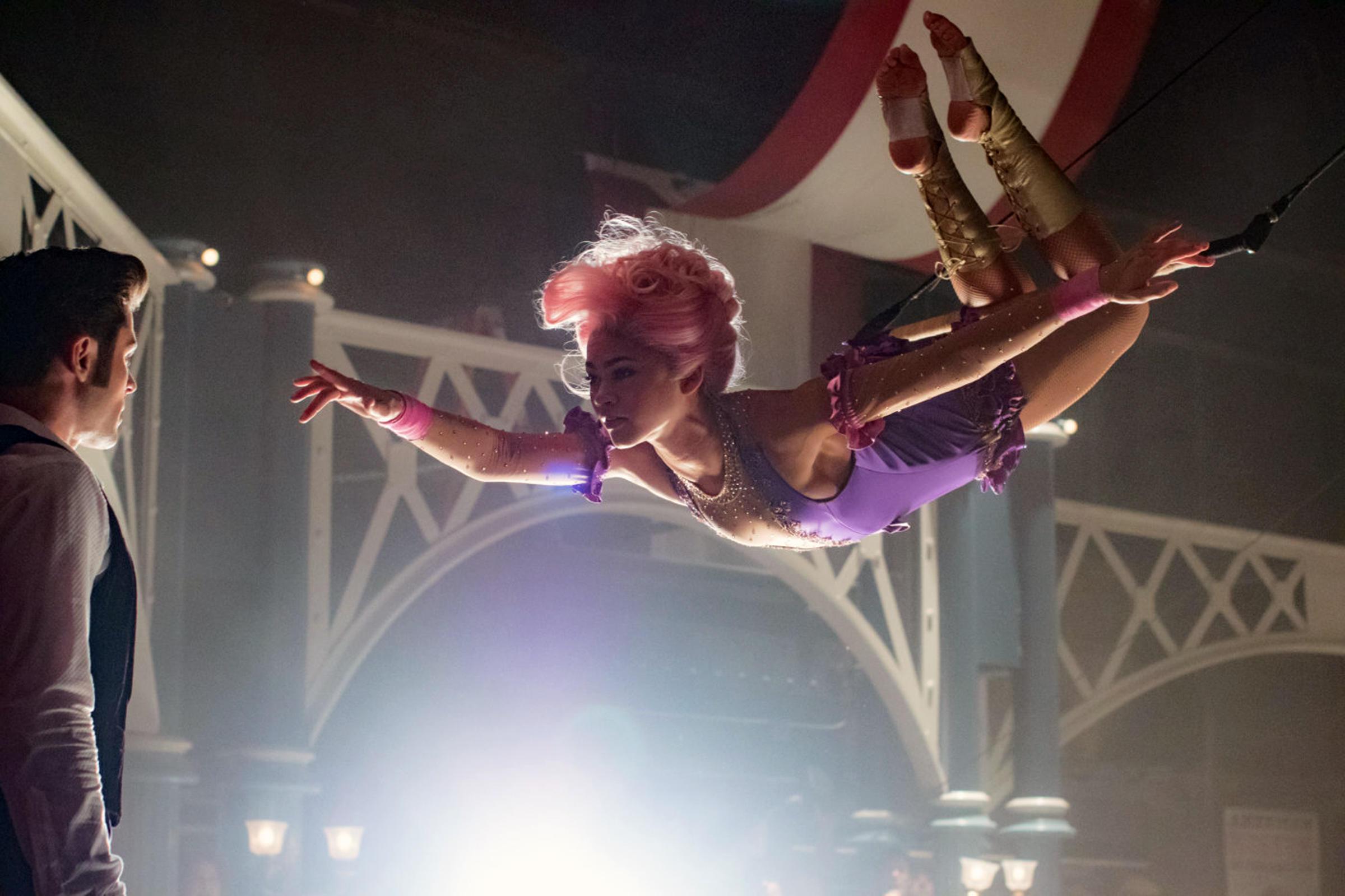 “Nicole has been targeted to play Anne, who had a romance with Zac Efron’s character Phillip Carlyle in the film.

“She’s everyone’s first choice as she’s got the exotic look and the powerhouse voice to pull off the song Rewrite The Stars, one of the biggest numbers on the soundtrack.

“It’s still very early days but Nicole is very keen and obviously it would be a huge lift for her theatre career.”

Keala Settle, who was plucked from Broadway obscurity to play the bearded lady, also seems an obvious choice to star in the stage version. 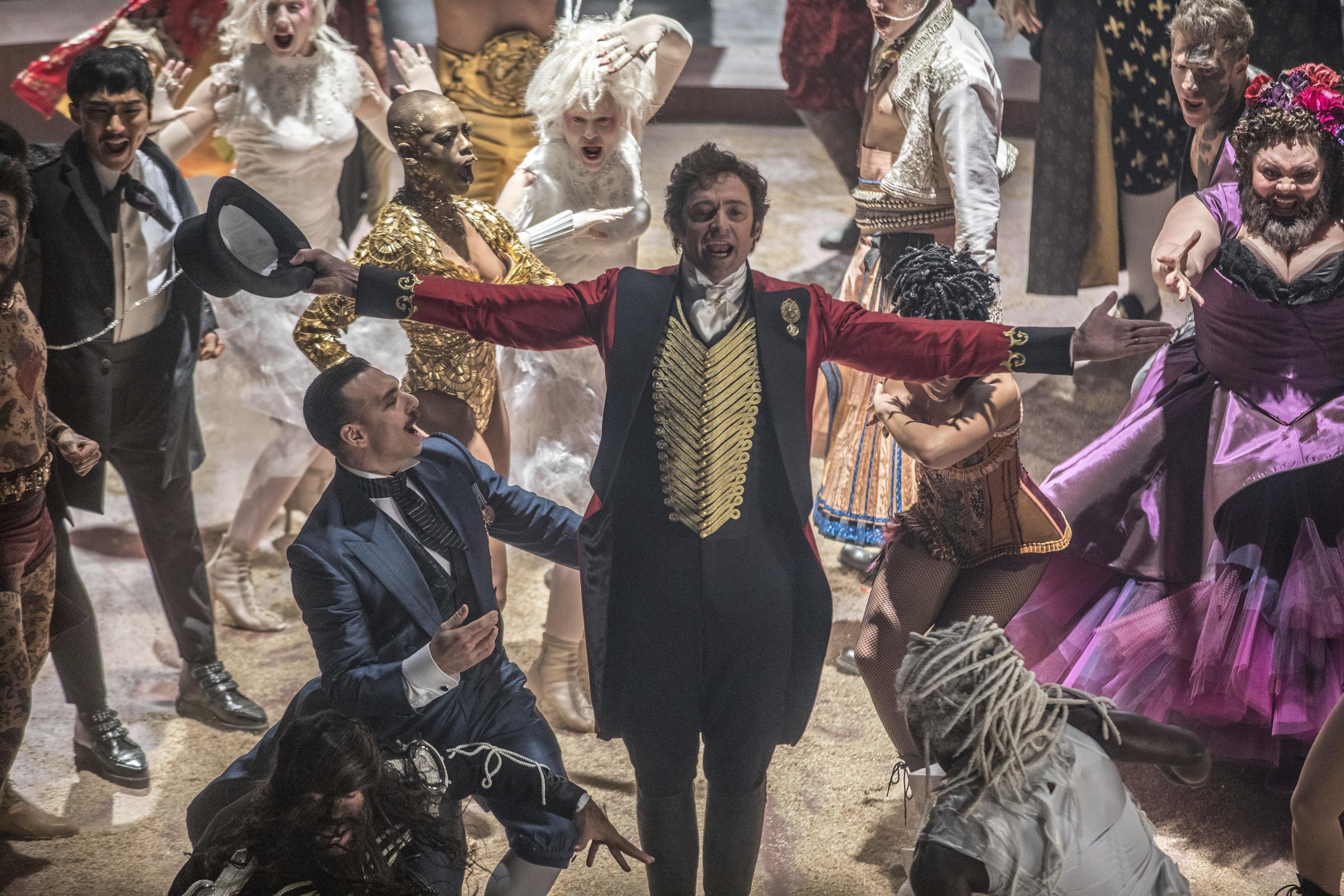 It comes after The Sun revealed the original musical film, which was inspired by the life story of circus proprietor P.T. Barnum, will be heading to Broadway.

Nicole, right, has recently revealed her desire to head back to the stage — after being ditched by Simon Cowell as a judge on X Factor, saying: “I have several musicals in me.”

She previously played Grizabella in Andrew Lloyd Webber’s Cats, so there’s no doubt she knows what she’s doing.

She could even probably recycle the catsuit.

CHRIS NOTH says there will not be a third Sex And The City film as the cast are not on speaking terms. The actor, who played “Mr Big”, said: “There’s no drama. There’s no movie, there’s nothing going on with it. It’s dead, it’s over.”

MILEY CYRUS catches a break by putting up her red Christmas stockings.

The singer showed off her legs on a sofa in the sexy behind-the-scenes snap as she worked on her new collab with Mark Ronson, Nothing Breaks Like A Heart. 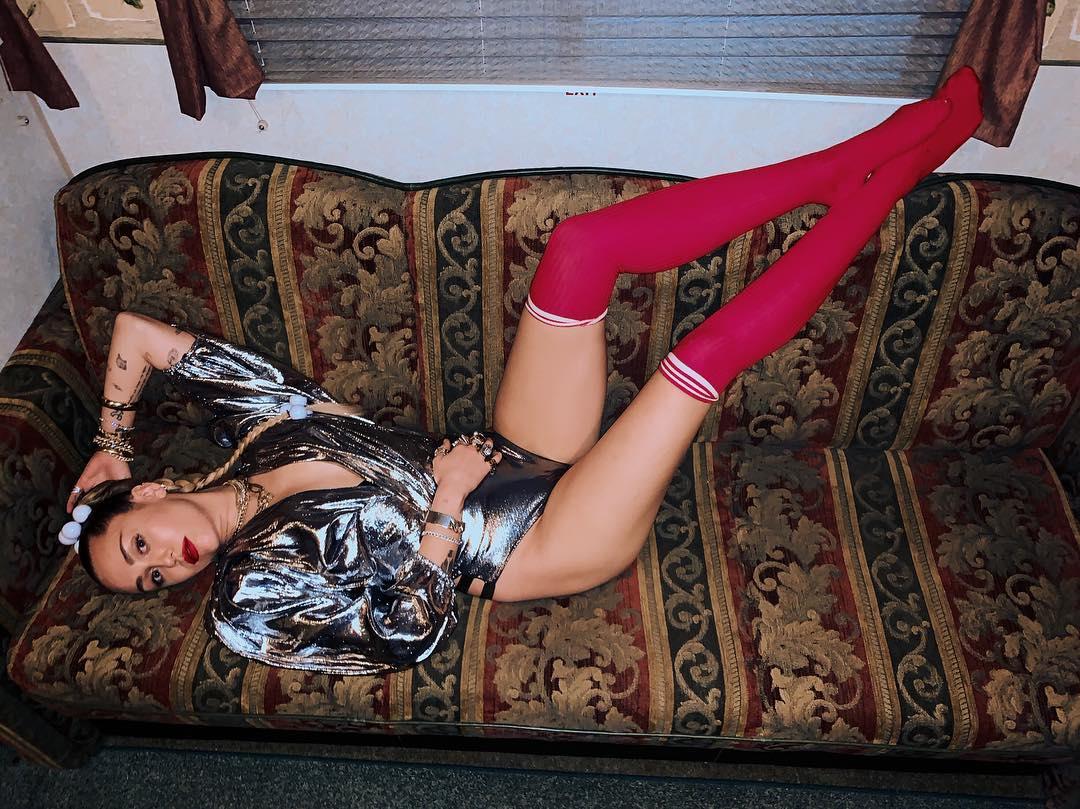 In the video, Miley flashes her bum as she moves into the back seat of a car during a police chase, where she also drives through a strip club and a shooting range.

It is the first single Miley has released in more than a year.

I revealed last week that Mark had spent four years trying to get her into the studio to sing on a track.

Hopefully she won’t put her feet up for that long again.

RISING star Lewis Capaldi is hoping his nod for the Brits Critics’ Choice Award will bag him a few more matches on Tinder.

The singer, who is up against Sam Fender and Mahalia for the gong, told me: “Sometimes people recognise me but I just don’t reply to those people. 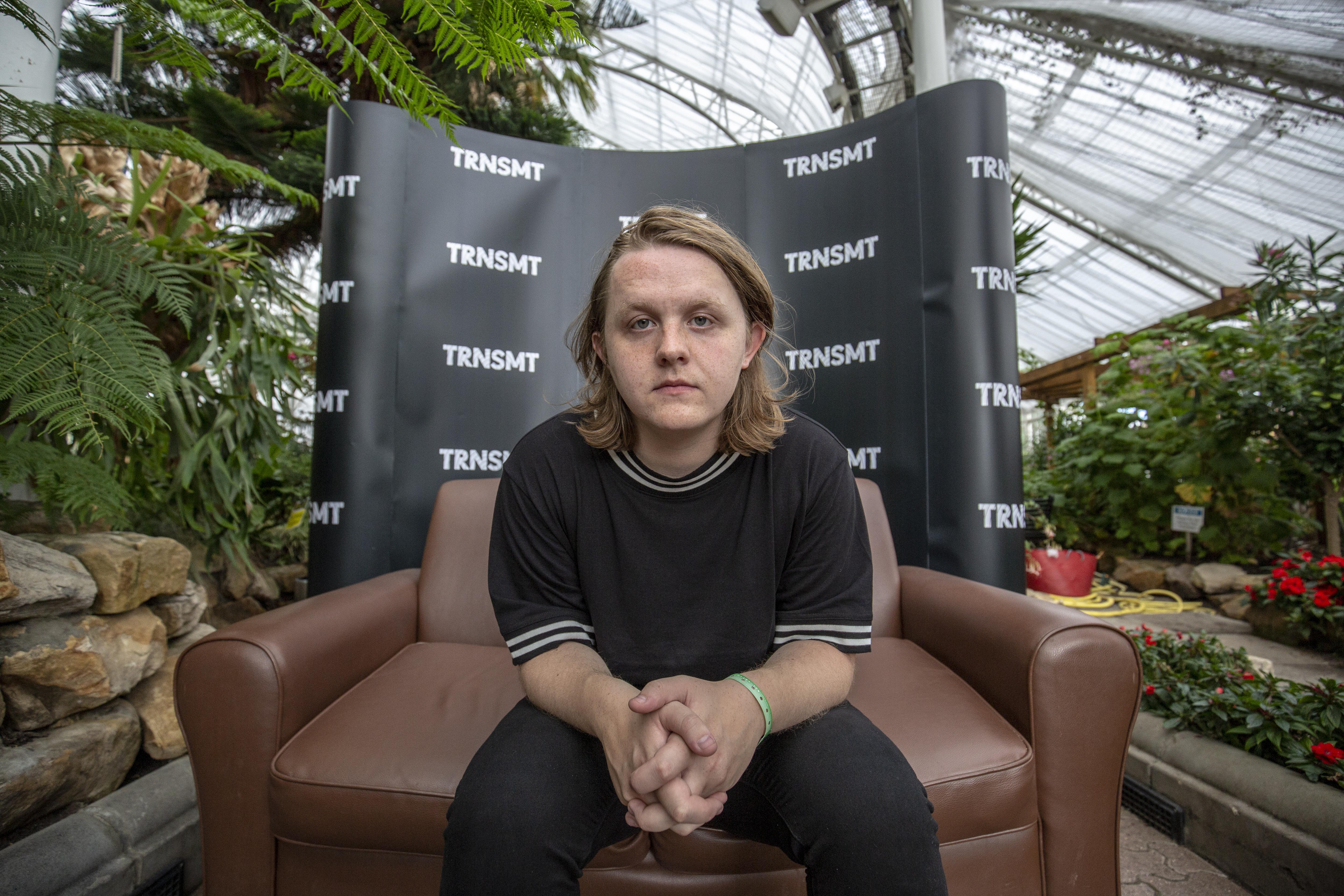 “If someone sends me a song lyric, I’m not going to go ‘Cool man’. My Tinder bio now just says I have one dog and I’m very good at fighting.

“I think that’s all you need to know in a potential partner.”

If he wins, the musician will get a glass statue designed by architect Sir David Adjaye OBE, which is unveiled today.

The singer has just filmed a session at Abbey Road Studios which can be seen on his VEVO channel.

JASON ISAACS wants J.K. Rowling to cast him in another Harry Potter film. The actor, who played Lucius Malfoy, said: “If she phoned and the script arrived through the door it wouldn’t hit the ground before I left.” 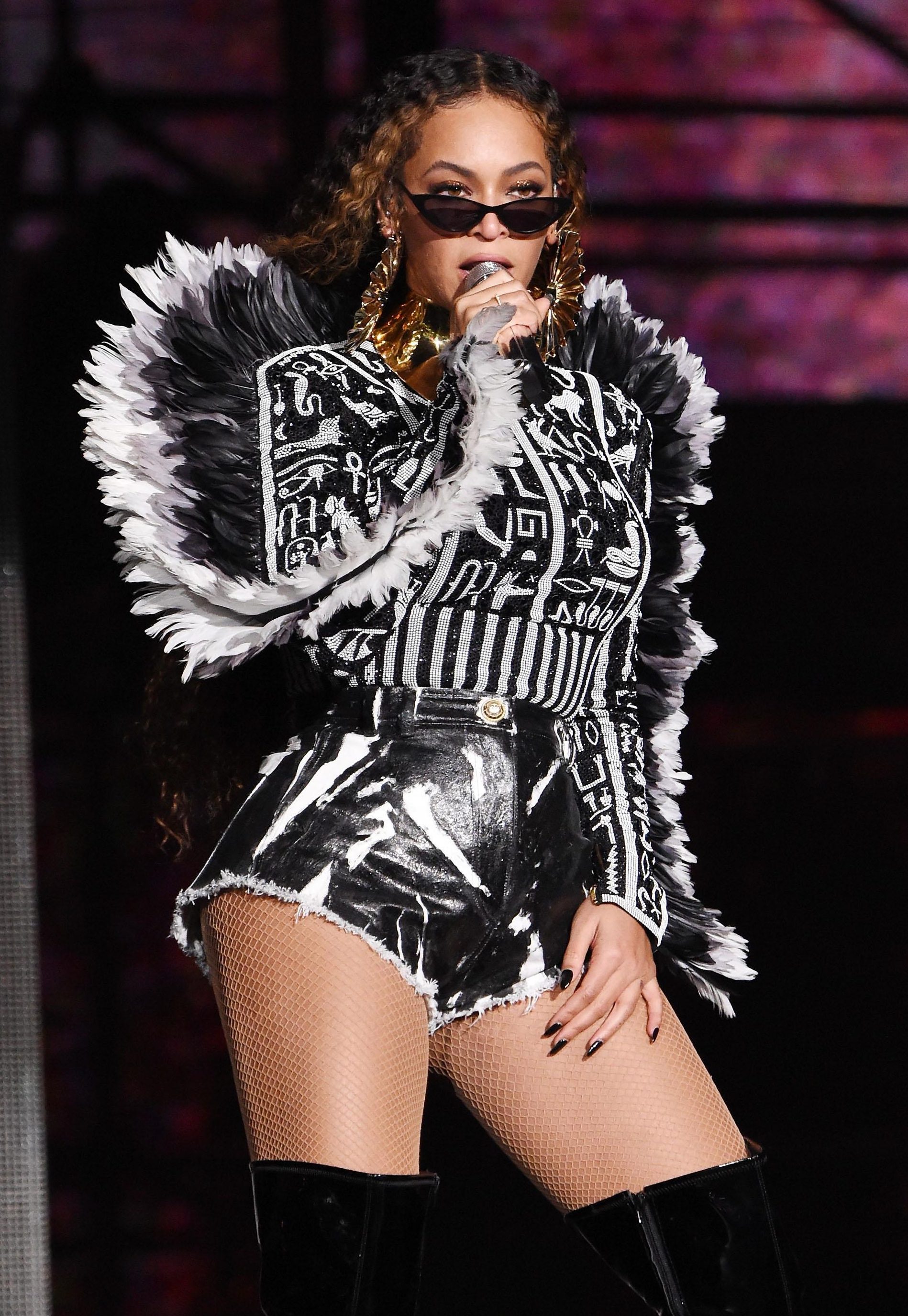 BEYONCE looked every inch a songbird dressed in feathers at the Global Citizen Festival: Mandela 100.

The superstar led an all-star line-up including hubby Jay-Z and Ed Sheeran to honour the life of Nelson Mandela at the FNB Stadium in Johannesburg, South Africa.

Oscar-winner Judi Dench banned photographers from using flash at an awards to due to her failing eyesight. 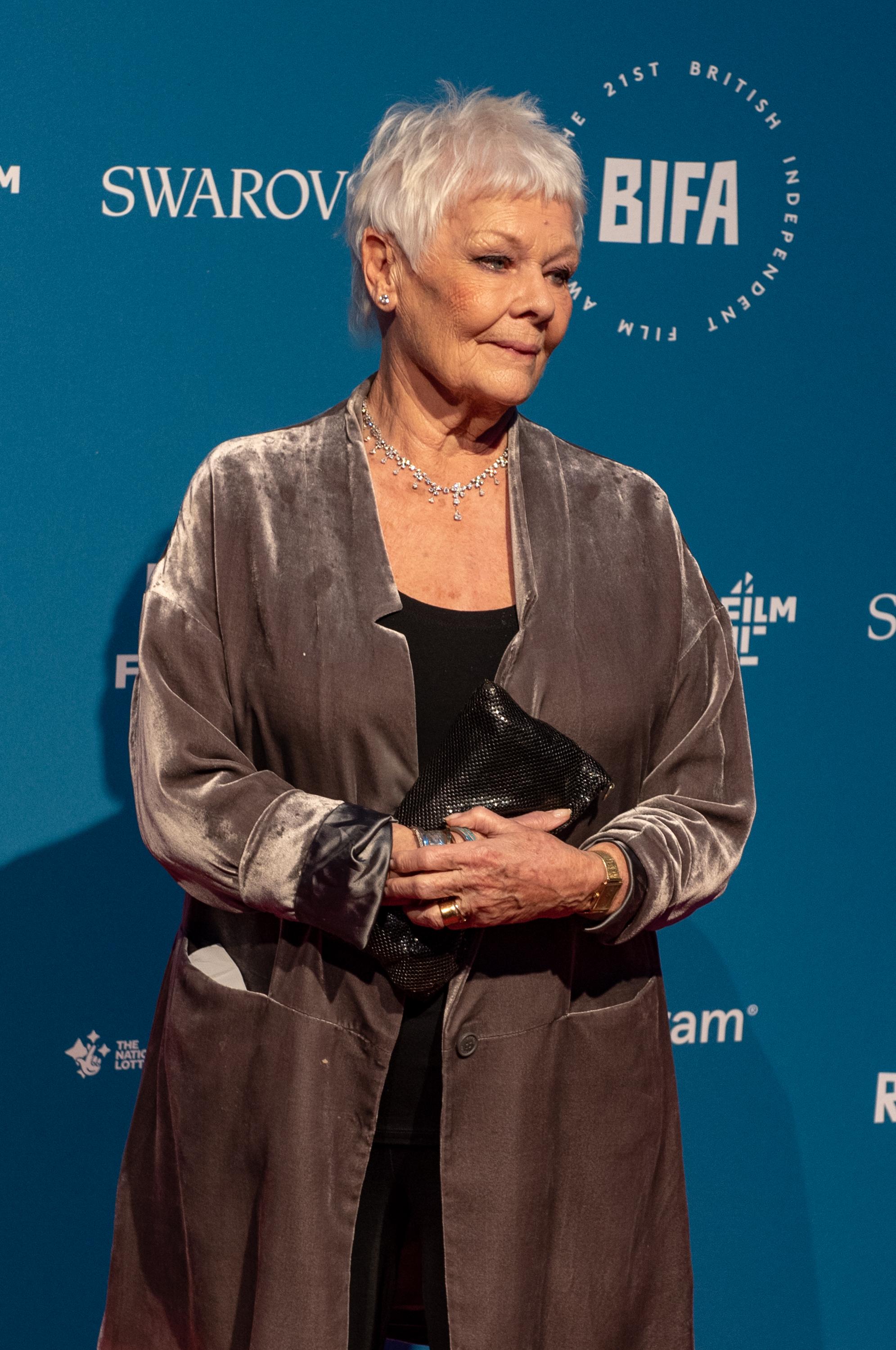 But one snapper at the British Independent Film Awards in London on Sunday night faced the wrath of bosses after using his flash as Judi arrived.

A source said: “Judi had one condition of doing the red carpet, that no one would use a flash.

“There was one unfortunate photographer though who had a bit of a talking to after he forgot to turn his off.”