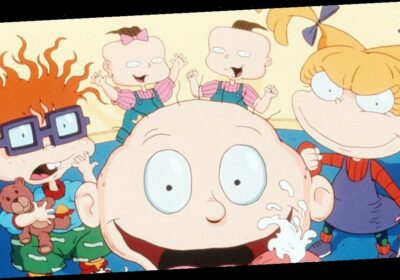 Nickelodeon Animation Studio have confirmed that the popular 90s children's programme Rugrats will make a grand return to screens.

Best of all, all of the original voice cast members have been pulled into the mix for the iconic revival.

An official trailer for the cartoon showcased Tommy, trusty sidekick Chuckie, twins Phil and Lil alongside the evil Angelica in an updated version of the animation.

According to the popular children's channel they have lined up actors EG Daily, Nancy Cartwright, Cheryl Chase, Cree Summer and Kath Soucie to all return to their original roles.

The network explained that viewers can expect to see the tot's "explore the world and beyond from their pint-sized and wildly imaginative point-of-view".

President of Nickelodeon, Ramsey Naito said: "Rugrats is one of the most iconic cartoons recognised by fans around the globe, and this original version is one we are taking great care and pride in creating for a brand new audience.

"Having the voice cast behind these special characters come together is one of the essential pieces to making the show recognisable and we can’t wait to watch this talented group bring them to life again."

Although a date for the reboot has not yet been verified, fans can be rest assured that Rugrats will return later this year.

The revival comes as part of announcement by ViacomCBS who are joining the digital as they prepare to launch a new streaming service in the US next month – Paramount Plus.

Rugrats became a firm kids TV favourite ever since the first episode made headway back in 1991.

The animated children's television series that was cleverly created by Arlene Klasky, Gábor Csupó, and Paul Germain which aims to explore the imaginative mind of toddlers.

After the programme became such a hit the cartoon hit the big screens unleashes a movie in 1998 which made the introduction of Tommy's baby brother Dill.

One year on and Rugrats In Paris: The Movie was launched, once again dominating the film world from all corners of the globe.

The show became one of the America's eight-longest running animated series of all time airing a whopping total of 172 episodes across nine seasons.