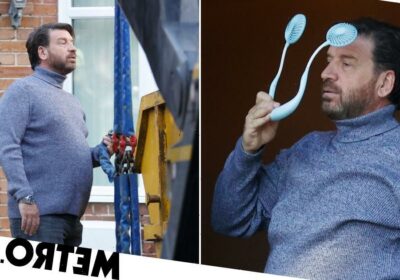 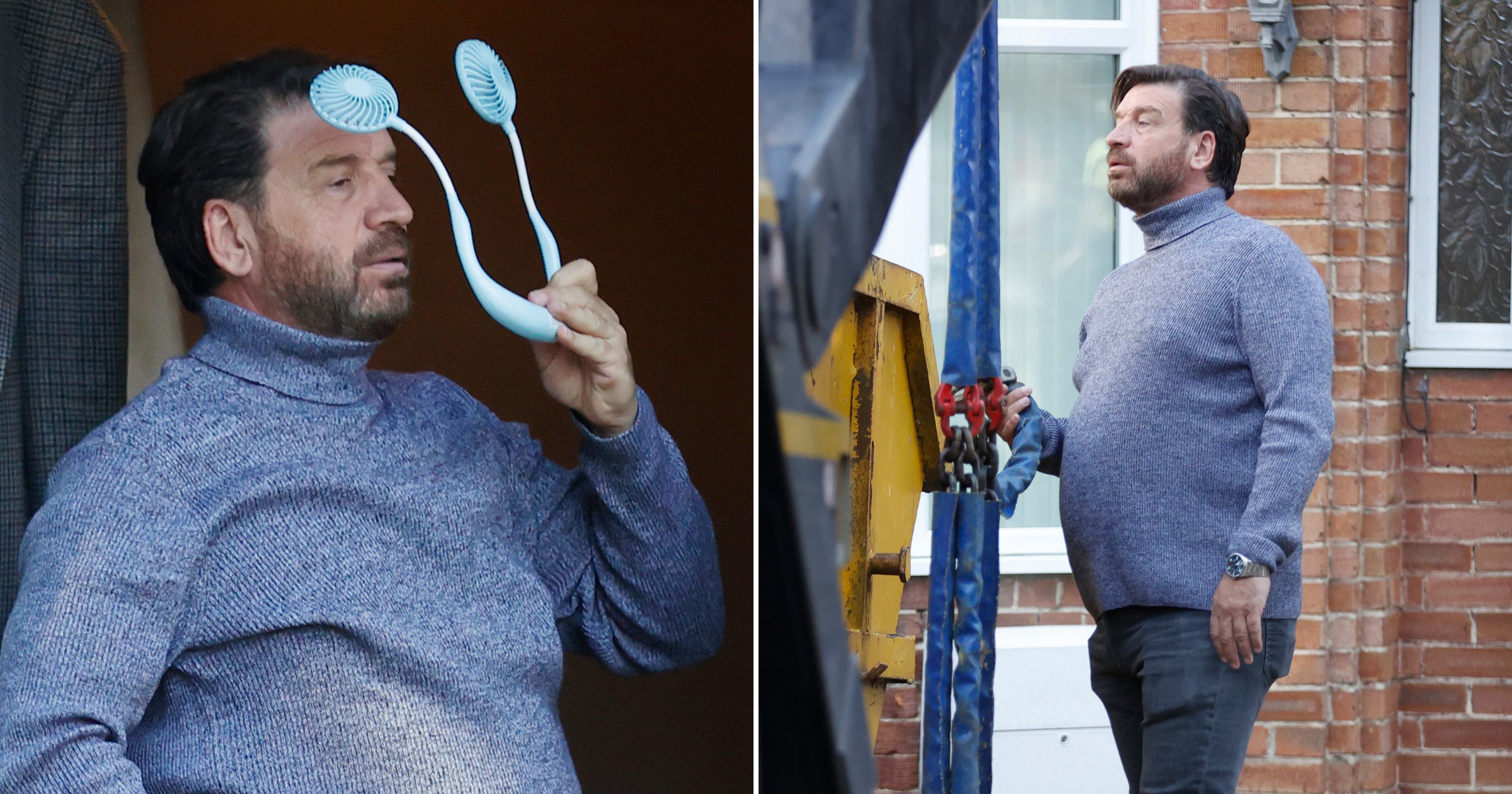 Presenter Nick Knowles showed off some ingenious tech as he took a breather from filming the latest series of Nick Knowles’ Big House Clearout.

While working on the show at a house in Lowestoft, the 58-year-old whipped out a customised dual fan unit, which gave him twice the cooling power.

Holding the middle of the curved handle, which had a fan at each end, Nick was able to deliver blasts of cold air to both this face and the back of his neck while he took a few minutes to himself in the doorway.

The ergonomic design of the fan unit suggests it could be worn hands free around the neck too, and where do we sign up?

Despite August’s slightly underwhelming weather, there have been bursts of sunshine, and for the DIY: SOS star, who was shooting in heavy layers, the fans must have been a welcome relief.

With the first series of Big House Clearout currently airing on Channel 5, Nick was busy filming more episodes of the decluttering show to air at a later date.

Perhaps fitting in with a, by then, cooler season, the presenter was clad in dark grey jeans, black trainers and a thick woollen polo neck.

For a piece he presented to camera, Nick then donned a grey tweed jacket for a dapper look, which picked out the blue tones in his jumper.

He was also seen getting involved with coupling up the chains from the skip outside the house to a lorry, so it could be taken away.

In the new six-part series, Nick and his team offer families across the UK home makeovers, providing that they get rid of half of their clutter first.

A Channel 5 synopsis reads: ‘We strip our families’ homes bare and reconstruct their entire house room by room. We help them part with precious memories, ditch a lifetime of junk, repurpose old items and make a bit of cash from unloved possessions.’

Nick was recently involved in talks with the BBC after his role on a Shreddies advert gave bosses concerns that his commercial deal violated the corporation’s rules, leaving his future as host of DIY: SOS, which he has helmed for 22 years, in jeopardy.

However, the BBC managed to resolve the issue with the presenter, although comedian Rhod Gilbert will step in to host the Children in Need charity special in September, as it coincides with the cereal campaign, before Nick returns in 2022.