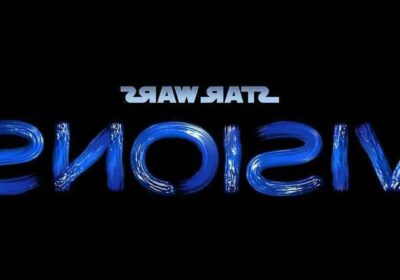 Ever since Disney acquired Lucasfilm, we’ve all had to make our peace with the fact that Star Wars would likely dominate the big screen and our television sets until the end of our lives (and almost certainly beyond that, too). Even the most hardcore fan would have to admit that the key to staving off franchise fatigue will be introducing fresh perspectives and original approaches, and that’s where Star Wars: Visions comes in.

The animated anthology series is already shaping up to be one of the most exciting additions yet to the galaxy far away, with seven Japanese studios in charge of nine episodes. And we’ve got a bunch of new details to pore over, including where exactly in the timeline this new show will be set.

Anime fans will certainly recognize the Japanese studio behind two of the episodes in Visions, Studio Trigger (the 1995 Ghost in the Shell). Founded by Masahiko Otsuka and Hiroyuki Imaishi, Otsuka is producing an episode titled “The Elder,” which will be set before Episode I: The Phantom Menace. Imaishi’s evocatively-titled “The Twins,” meanwhile, will be set after the events of Episode IX: The Rise of Skywalker. As Otsuki explained at a Toyko press conference, per IGN:

“For some viewers, this series might be their first Star Wars experience, so I wanted to make something that you can enjoy without any knowledge of the rest of the story. So our story is not directly connected to any of the characters from the films, but it explores the idea of the Jedi Knights and the master and padawan dynamic in an older setting.”

The most thrilling part about this series is that it will seemingly play fast and loose with Star Wars canon. That’s not to mean this will be an Expanded Universe (or as Disney now calls it, “Star Wars Legends”) sort of deal, but it’s usually a good idea to let creative artists have quite a bit of rope when it comes to putting their mark on an established franchise. The idea that this might bring in a whole new group of fans to the beloved property is just the coolest thing.

Imaishi adds some further context to his episode:

“The Twins’ is set after Episode IX, after the Empire has been vanquished by the Resistance. The remnants of the Imperial Army have raised a pair of twins on the Dark Side of the Force, and the story goes from there.”

Obviously that title and description immediately bring to mind original Star Wars twins, Luke and Leia. We wouldn’t expect any big Force ghost cameos or anything, but that’s okay. A more spiritual connection in terms of theme would be just as cool.

Production I.G. (Kill la Kill) director Kenji Kamiyama will also be handling another episode set after the events of Rise of Skywalker. This one seems to be concerned with a storyline that goes far beyond the scope of the recently-concluded Saga. In his own words, Kamiyama explains:

“I wondered, after Episode IX, has the galaxy settled into peace? We all love stories of the Jedi and lightsabers, but what became of the Jedi Knights after the movie series? My story is about that.

When I first saw Star Wars, I was fascinated by the story of this kid Luke Skywalker who came from nothing and went on a huge adventure, and for me that is the root of Star Wars’ charm. So I wanted to depict a galactic-level adventure with a different character.”

Yuki Igarashi of Geno Studio will direct an episode called “Lop and Ocho,” set in between Episode III: Revenge of the Sith and Episode IV: A New Hope. Igarashi describes the main focus of this episode as a planet the Empire invades that is particularly tied together with nature. “Their new technology causes conflict with the inhabitants, and the protagonist Ocho, who is the daughter in a kind of local yakuza family, meets the enslaved orphan Lop, who is a humanoid rabbit-like alien creature inspired by Jaxxon from the classic Star Wars comics; they meet and form a familial bond that is not bound by blood.”

“The Duel” is an episode by Kamikaze Douga’s Junpei Mizusaki, “The Village Bride,” from Hitoshi Haga and studio Kinema Citru, “Akakiri” from director Eunyoung Choi and “T0-B1” from Abel Góngora (both of whom hail from studio Science SARU), and finally “Tatooine Rhapsody,” which is from Taku Kimura at Studio Colorido and described as having “…rock music, action, and a concert scene.” This, to put it mildly, sounds like the greatest thing ever and might very well be my most anticipated episode.

Star Wars: Visions is set for a Disney+ premiere on September 22.