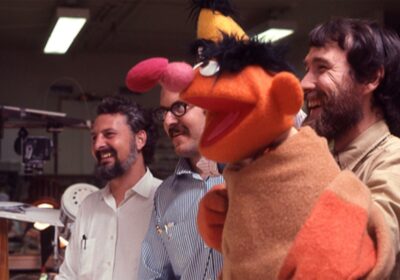 The history and impact of Sesame Street is explored in the new trailer for the upcoming documentary, Street Gang: How We Got to Sesame Street, which will arrive in theaters April 23rd, and on-demand services May 7th.

Directed by Marilyn Agrelo, Street Gang is based on Michael Davis’ 2008 book of the same name, which chronicles how Sesame Street went from an out-there experiment in children’s television to a groundbreaking show with a tremendous influence not just on television, but education and representation around the world.

The new trailer offers a peak at Sesame Street’s origin story as TV executive Joan Ganz Cooney and Sesame Workshop co-founder Lloyd Morrissett tried to find a way to transform television into an educational medium for the millions of kids who were watching more of it every day. To bring their show to life, Cooney and Morrissett enlisted Jim Henson, who says in one archival interview clip, “I loved the whole idea of taking commercial techniques and applying them to a show for kids.”