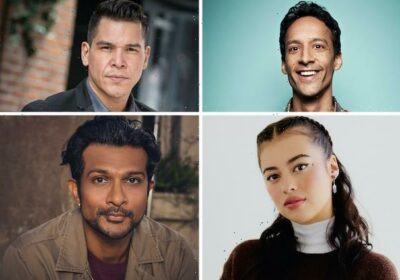 Prey breakout Amber Midthunder, Ghosts‘ Utkarsh Ambudkar, Teen Wolf alum Arden Cho and FBI: Most Wanted vet Nathaniel Arcand are among the many to have boarded the cast of Netflix’s live-action Avatar: The Last Airbender, based on the animated series from Nickelodeon.

In what is being described as “an authentic adaptation of the award-winning and beloved Nickelodeon animated series,” written and exec-produced by Albert Kim (Sleepy Hollow, Nikita), the world of Avatar is divided into four nations: the Water Tribe, the Earth Kingdom, the Fire Nation, and the Air Nomads. In addition to the Four Nations, some characters have the ability to visit a parallel dimension called the Spirit World.

The new and previously announced castings now break down as follows:

A Martinez as Pakku, the veteran waterbending master of the Northern Water Tribe and a fierce defender of their traditions.

Irene Bedard as Yagoda, an empathetic healer who serves as a role model for her tribe’s female waterbenders.

Joel Oulette as Hahn, a strong and skilled warrior with an unwavering loyalty to his tribe.

Nathaniel Arcand as Chief Arnook, father to Princess Yue and the respected leader of their tribe.

Meegwun Fairbrother as Avatar Kuruk, a previous Avatar with a haunted past.

Arden Cho as June, a tough and persistent bounty hunter known for her ruthless efficiency.

Utkarsh Ambudkar as King Bumi, the ancient and mercurial ruler of the Earth Kingdom city of Omashu.

Danny Pudi as The Mechanist, an eccentric inventor and engineer who’s doing his best to raise his son in a war-torn world.

Lucian-River Chauhan as Teo, the idealistic and high-flying son of The Mechanist.

James Sie as the Cabbage Merchant, a long-suffering vegetable vendor in Omashu.

Momona Tamada as Ty Lee, an energetic and upbeat teen and one of Princess Azula’s best friends.

Thalia Tran as Mai, an unflappable and deadpan teen who, along with Ty Lee, is one of Princess Azula’s closest allies.

Hiro Kanagawa as Fire Lord Sozin, the ruthless and ambitious previous ruler of the Fire Nation and grandfather to Fire Lord Ozai.

C.S. Lee as Avatar Roku, a wise and benevolent past Avatar from the Fire Nation.

François Chau as The Great Sage, the venerated spiritual leader of the Fire Nation and guardian of Avatar Roku’s shrine.

Randall Duk Kim will voice Wan Shi Tong, who appears in the form of a giant owl and is also known as the Spirit of Knowledge.

Want scoop on Avatar: The Last Airbender, or for any other show? Email [email protected] and your question may be answered via Matt’s Inside Line.