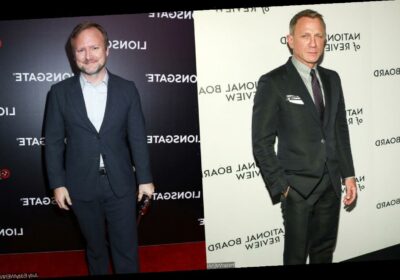 The deal the streaming giant is reportedly closing in for the two follow-ups to the 2019 hit is alleged to be worth over $400 million, with production being eyed to start at the end of June.

AceShowbiz –Daniel Craig looks set to return to screens as quirky detective Benoit Blanc for two “Knives Out” sequels after walking away from James Bond.

Netflix bosses are reportedly closing in on a deal to make two follow-ups to the actor’s 2019 hit, with Rian Johnson on board to return as writer/director. Sources tell Deadline the deal will be worth over $400 million (£290 million), making it one of the biggest projects to hit the streaming service.

The original film was made for $40 million (£29 million) and went on to earn over $311 million (£225.6 million) at the international box office. In addition to Craig, it has Jamie Lee Curtis, Chris Evans, Ana de Armas, Michael Shannon, Don Johnson, Toni Collette, LaKeith Stanfield and Christopher Plummer in its cast ensemble.

If all goes well, production on the first sequel will begin in Greece at the end of June – over three months before Craig’s delayed swansong as 007 in “No Time to Die” reaches theaters.

In early February 2020, Johnson shared his thought on the possible sequels. During a chat on SiriusXM’s “The Jess Cagle Show”, the director initially admitted, “In my mind I don’t even think of it in terms of a sequel.”

“Ever since we started working on this… look, if we can keep this going, the same way Agatha Christie wrote a bunch of Poirot novels, and then do that with Blanc and keep making new mysteries,” he continued. “Whole new cast, whole new locations. It’s just another Benoit Blanc mystery.”