Netflix Cancels Hilary Swank's 'Away' After One Season 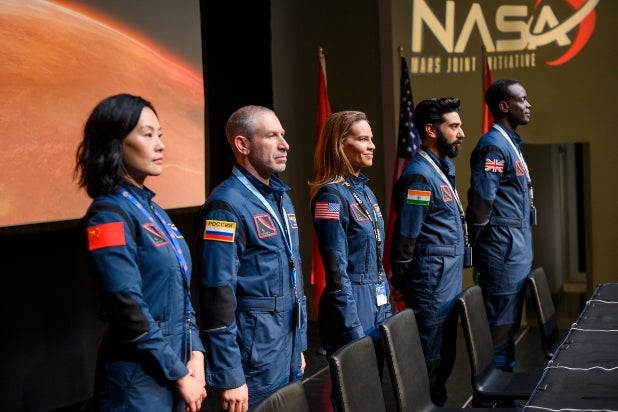 It looks like we won’t be finding out what happened after the crew finally landed on Mars. A month and a half after it premiered, Netflix has canceled “Away,” the science fiction drama led by Hilary Swank.

“Away” had very good ratings upon launch, according to Nielsen, debuting at 6 after it launched Sept. 4, and subsequently spending several weeks in the top 10 of streaming shows. But Netflix weighs viewing versus cost when making decisions about renewals or cancellations, according to individuals with knowledge, and that rather than pilots it gives a full season orders to any show it greenlights.

Per its official logline, the show followed American astronaut Emma Green (Swank) as she “prepares to lead an international crew on the first mission to Mars, she must reconcile her decision to leave behind her husband (Charles) and teenage daughter (Bateman) when they need her the most. As the crew’s journey into space intensifies, their personal dynamics and the effects of being away from their loved ones back on Earth become increasingly complex. Away shows that sometimes to reach for the stars, we must leave home behind.