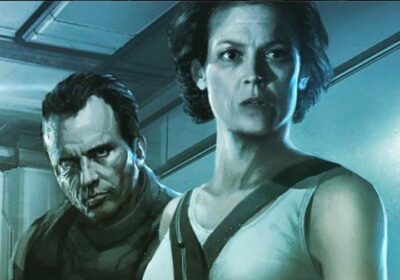 For a while there, it looked like director Neill Blomkamp would make an Alien movie designed to retcon the franchise. Based on concept art that found its way online, it became clear that Blomkamp’s film would serve as a direct sequel to Aliens and pretty much ignore every Alien movie after that (like how David Gordon Green’s Halloween ignores all the other Halloween sequels). In the end, though, Blomkamp’s Alien movie never got made, and he thinks he knows who to blame: a robot named Chappie.

Remember that Neill Blomkamp concept art? And then remember how it came with the news that Blomkamp’s Alien movie was actually happening? And then…it didn’t? According to the book Underexposed!: The 50 Greatest Movies Never Made by Josh Hull, Blomkamp’s movie would’ve been called Alien: Xeno, and would bring back Sigourney Weaver as Ripley and Michael Biehn as Hicks. Those familiar with the franchise know this is a bit odd, since Hicks was revealed to be dead at the start of Alien 3. Blomkamp’s idea was in the Halloween mold, where the other sequels are ignored. And it also would feature some weird new concepts, like Ripley dressing up in a Xenomorph suit for some reason.

In the end, though, Blomkamp’s Alien dreams appear to be dead. And in a recent interview, the filmmaker thinks his movie Chappie might be to blame. Specifically: Blomkamp thinks that Alien grandaddy Ridley Scott took one look at his robot movie and said, “Absolutely not.” Speaking with the Guardian, Blomkamp said: “It’s possible that Ridley watched Chappie and he was like, this guy can’t do Alien so let’s just go ahead and move on.”

When asked if Blomkamp had spoken to Scott about this, the director said, “I’m not gonna work on a film for two years and have the rug pulled out from underneath me and then go hang out and have beers. It’s exactly why I don’t want to do IP based on other people’s stuff ever again.”

“There Was Never Even a Script”

I can firmly believe that Ridley Scott saw Chappie and killed any hope of Blomkamp’s movie because, frankly, Chappie is a bad movie. In fact, most of Blomkamp’s movies have been bad, with the notable exception of his feature debut District 9. I know some fans went gaga over the concept art for Blomkamp’s movie, but I was never among them. The Alien series doesn’t need to keep bringing Ripley back again and again to work. Plus, I’m more interested in seeing Scott finish his own Alien prequel trilogy than anything Blomkamp has to offer.

In any case, Scott was asked about Blomkamp’s movie in the past, and he more or less shot the entire thing down. “I don’t think it will ever see the light of day,” he said. “There was never a script. Just an idea that evolved from a dozen or so pages. I had to participate as producer, but it didn’t go farther because Fox decided it didn’t want to do it. As far I was concerned, I had already done Prometheus and I was working on Covenant.”

Whether or not Scott ever gets to make his proposed third film remains up in the air. Alien is now the property of Disney, and while there’s an Alien TV show in the works from Noah Hawley, the movies have been effectively on hold since Alien: Covenant underperformed at the box office.