NCIS: Why won’t the latest NCIS seasons be added to Netflix? 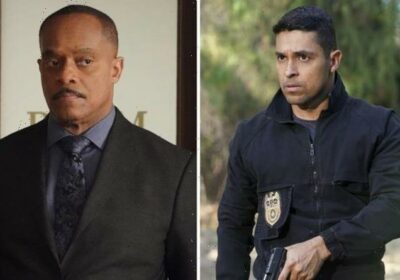 NCIS is going to be making a comeback later this year on CBS with plenty of changes introduced. Not only will there be a difference in cast but also when it is on as it switches from Tuesdays to Mondays. However, those who rely on Netflix to catch up on NCIS are going to be disappointed to know it is growing more unlikely the later series will ever be on the streaming service.

Why won’t the latest NCIS seasons be added to Netflix?

Netflix US subscribers are able to watch the JAG episode which led to the NCIS spin-off, until the season 15 finale.

This series in particular was very memorable as it was when actress Pauley Perrette made her exit as Abby Sciuto and Jack Sloane (played by Maria Bello) joined the team.

Fans watching the series would of course like to see how the show differs after yet another original character left the show.

Series 16 featured a familiar and unexpected face as well nearing the end of the season.

She then carried out being part of the team until the first few episodes of season 17.

But while fans will want to watch these groundbreaking episodes, Netflix subscribers are not able to do so.

Sadly, it seems like they will never be able to watch series 16 to 18 on the streaming service either.

CBS launched its own streaming service CBS All Access back in 2014, which was then rebranded last year and now called Paramount+.

In 2020, both CBS series Hawaii Five-O and Blue Bloods left Netflix and moved to CBS’ own service.

Even though NCIS hasn’t yet been taken off Netflix, there is a strong possibility this could happen in the future.

As the drama has now been made available on Paramount+, this could become an option.

All episodes of NCIS, including the latest series, are on Paramount+ ready to stream.

The entirety of NCIS New Orleans is also on there, while only series 12 is available of NCIS Los Angeles.

There are also some selected episodes of JAG ready to watch.

Much like Netflix, Paramount+ is a monthly subscription streaming service.

The budget plan will set you back $4.99 per month and will feature ads.

The premium plan however removes all ads in the breaks and costs $9.99 per month.

NCIS is available to watch on CBS and Netflix.