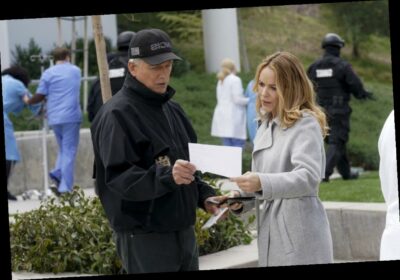 It looks like the next episode of NCIS will be Maria Bello’s (Jack Sloane) last. Ahead of season 18, Bello announced she would be leaving the CBS procedural. The plan was for her to appear in eight episodes before her official exit.

That would make the upcoming episode “True Believer” Bello’s swan song. Now the question is — how long will producers wait to replace the popular character?

Currently, NCIS is in the middle of a three-week break from airing new episodes. When the show returns, CBS has revealed that Sloane’s final episode will see her and Gibbs (Mark Harmon) in Afghanistan.

“When Sloane’s name is discovered in Afghanistan at the site of an abandoned bus with a dead driver, Gibbs accompanies her on a trip to find a group of girls who were kidnapped from the bus,” the episode description reads. “Also, McGee, Bishop, and Torres track down a hacker who emailed compromising information to the Taliban.”

During her three seasons on NCIS, Sloane has had a “will they, won’t they” storyline with Gibbs. Many fans are wondering exactly how the character will exit the show. One of the biggest questions is whether or not they will see a long-awaited kiss between the two popular characters.

Of course, the biggest mystery of all is whether or not Sloane will get a happy ending on a beach in Costa Rica. Or, will they choose to kill off the character? No matter what, producers have promised that Sloane will get the “worthy” ending that she deserves.

In early February, NCIS star Wilmer Valderrama (Nick Torres) posted on Instagram that he would be reuniting with a former co-star. Valderrama posted a pic of himself with Zane Holtz, who he worked with on the vampire horror From Dusk Till Dawn: The Series back in 2016.

Immediately, fans started speculating that Holtz’s character could be Sloane’s replacement on the NCIS team. However, Holtz’s appearance on the CBS procedural will be brief. TV Line’s Matt Webb Mitovich says that the rumor Holtz would replace Bello is “a big ol’ false.”

Mitovich reported that Holtz is simply guest starring as Special Agent Sawyer in a single upcoming episode where the NCIS team “has to play nice and work with other agents.”

“Rather, Zane Holtz is simply guest-starring as Special Agent Dale Sawyer in an upcoming episode where the team has to “play nice and work with other agents.”

NCIS co-showrunner Steven Binder has addressed the idea of Sloane’s replacement. He says that they don’t feel the need to immediately replace the character.

“We have a core team, and I think it was a function of Maria that we were able to find so much to give her to do … If it’s not Maria [playing the forensic psychologist role], then I don’t know if we need to necessarily fill it right away,” Binder explained.

CBS did cut their order for season 18 of NCIS down to just 16 episodes. Which means they don’t have a lot of time to explore a lot of major storylines. However, if there is a season 19, it’s very possible that they will introduce a new agent and change things up.