Naomi Judd Dies: Singer With Grammy-Winning Duo The Judds, Mother Of Wynonna And Ashley Was 76 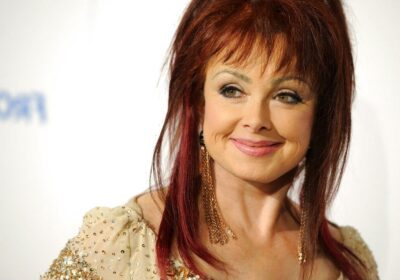 Naomi Judd, the Kentucky-born singer of the Grammy-winning duo The Judds and mother of Wynonna and Ashley Judd, has died. She was 76.

The daughters announced her death on Saturday in a statement provided to The Associated Press.

Judd was inducted into the Country Music Hall of Fame as a member of The Judds, alongside daughter Wynonna. The Judds scored 20 Top 10 hits (including 15 number ones) and went undefeated for eight consecutive years at all three major country music awards shows.

They also won five Grammy Awards, with Naomi Judd winning a Grammy for Country Song of the Year with The Judds’ hit “Love Can Build a Bridge.”

Born January 11, 1946, in Ashland, Kentucky, Judd moved to California when her marriage to Michael Ciminella ended. She raised both daughters as a single parent. She attended nursing school at California’s College of Marin before beginning her music career with daughter Wynonna.

In 1991, The Judds stunned fans when Naomi Judd was diagnosed with Hepatitis C and decided to stop touring after a final farewell. Their farewell concert was the most successful musical event in cable PPV history, and the accompanying tour was one of the biggest grossers of that year.

Naomi Judd also acted occasionally, appearing in More American Graffitti in 1979, then starring in the film A Holiday Romance in 1999. alongside Andy Griffith and Gerald McRaney.

That same year, Naomi and Wynonna reunited for a New Year’s Eve concert in Phoenix, with Ashley Judd MC’ing. A revitalized Naomi then embarked on a longer tour with Wynonna, doing 30-dates in 2000.

In 2003, she served as a judge on the revitalized Star Search, hosted by Arsenio Hall. That led to a Hallmark Channel Sunday morning talk show, Naomi’s New Morning, which lasted two seasons. She also had several self-help books.

Judd joined the Country Music Television reality competition Can You Duet in 2008 as a judge. She also was in the Lifetime TV show The Killing Game, and starred as “Honey” in the channel’s An Evergreen Christmas.

No information on memorial plans has been announced.

The CW Axes ‘Legends Of Tomorrow’ After Seven Seasons, ‘Batwoman’ After Three