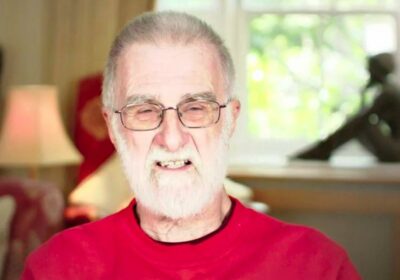 A Naked Attraction star who happened to be the oldest ever contestant the Channel 4 programme had seen before, confessed he had a female pubic hair preference.

Bicurious Ian from North Yorkshire revealed that he didn't care about gender of his sexual partners but was picker about wanting a clean shaven vagina.

Faced with an array of naked men and women who had only exposed their private parts at this point in the show, Ian was baffled to find one lady with a glitzy bejewelled vajazzle.

Host Anna Richardson prompted the 75-year-old about his views and Ian responded telling the presenter he openly preferred a "shaven p***y" instead.

The retired engineer also boasted that he had six piercings on his own body – including the famous Prince Albert.

Ian – who had been married for 31-years before his wife Gloria passed away after losing her battle to cancer – opened up about his first ever sexual encounter with a man.

He said: "The biggest secret I have got is my sexuality. Men were more interested in me than women. Why cut out half the population?"

He ended up selecting Veronica to take on date after he'd admired the sentiment behind a model of a clay heart she'd created on the show.

On their first date Veronica opened up about being a trans woman which only made Ian fancier her more.

Veronica told Ian: "For a lot of my life I didn’t have a lot of the confidence I have now."

Although the date seemed to be going well, Veronica felt that Ian was a touch too old for her.

During the meet up, Ian explained that he did fancy Veronica and was "gutted" that he'd been out of her age bracket.

Despite not being a match for one another, they did explain that they had swapped numbers and were in touch regularly as friends.