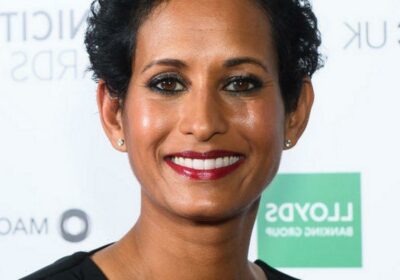 BBC Breakfast's Naga Munchetty has been announced as the top earner of the popular morning show – beating co-stars and rivals Dan Walker and Victoria Derbyshire.

This comes as the full list of BBC salaries for 2021-2022 has been announced.

READ NEXT: BBC Breakfast's Naga Munchetty hits back after troll brutally brands her a 'w****r'

Victoria Derbyshire earns more than Dan, with her salary for the last year being £240,000-£244,999 – which comprised of her work for BBC News Channel, BBC One, Panorama and some Radio 2 cover.

But Naga, Dan and Victoria's salaries aren't a patch on Gary Lineker's massive earnings for the past 12 months.

Match of the Day presenter Gary Lineker remains at the top of the list, with his salary coming in at £1.35 million.