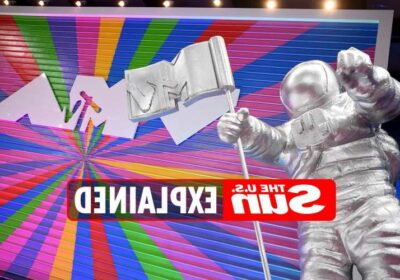 THE MTV Video Music Awards are back with their first in-person audience since 2019.

The MTV VMA's will return to the Barclay Center in Brooklyn, New York City, for the first time since 2013.

After last year’s slate of remote performances, the VMAs return to Barclays Center on September 12 and will be hosted by Doja Cat.

The broadcast and live stream of the main ceremony is set to begin at 8pm Eastern (5pm Pacific) on MTV and MTV.com.

ViacomCBS networks such as BET, Comedy Central, MTV2, and VH1 will also simulcast the show.

The MTV VMAs pre-show begins at 6.30pm Eastern (3.30pm Pacific) and will feature 90 minutes of performances and celebrity interviews.

The pre-show will air on MTV, and, starting at 6.15pm Eastern, it’ll stream on the @MTV Twitter, as well.

Who is performing at the MTV VMA's?

Here are the artists slated to perform at the pre-show:

MTV’s Nessa Diab and Jamila Mustafa return as hosts of the pre-show, featuring Tinashe as a celebrity correspondent.

The list of performers at the VMA's main show includes:

Video of the Year

Artist of the Year

Song of the Year

You can check out the full list at Pitchfork.