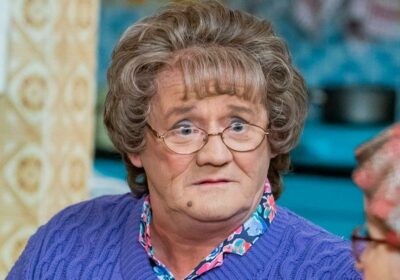 Mrs Brown’s Boys actress Fiona O’Carroll has admitted that the show’s plans of releasing a mini series in 2022 have been discarded.

Rumours were circulating that the comedy show would air new episodes, which were scheduled to be recorded in April.

Fans will now have to wait until 2023 before the project takes shape.

Fiona, who plays Maria Brown in the sitcom, has said: “Well, you know what this industry is like. There is lots of talk and lots of talk and until it is happening you will never really know.”

She continued: "We were supposed to be doing a mini series this year but, unfortunately, due to various different reasons it didn't happen. So, there is talk of it happening next year, a possible mini series."

The actress admitted that it is hard to get everyone together and booking studio time has proven difficult due to Covid-19.

She spoke on Ireland AM about the struggles: “It's not just down to us, it's down to studio time, it's down to crew and it’s down to cast. With Covid, it was a massively turbulent time. There is a huge backlog and all artists and productions are fighting for time and space.”

Fiona said it’s “hard to get time to make stuff” whilst also securing “a slot” and admitted that she “doesn’t know” if the idea will take off.

However, the cast and crew are planning to set off on their tour during the summer and plan to hit all the major cities between June and November.

She revealed that the UK tour will be in June and Dublin will be later in the year, which means she will “be flat out this year”, which “is great” after “not working for a long time”.

Fiona also added that she will be going “straight from the UK tour” of Mrs Brown’s Boys “into Coppers The Musical for a five week tour”.

The Mrs Brown’s Boys Christmas and New Year special episodes are also in the works ahead of the festive season.

O’Carroll confirmed that they “are filming in October” and already have dates set aside.