Home » TV & Movies » Mr Inbetween cancelled: Why is the series ending after season 3?

Mr Inbetween cancelled: Why is the series ending after season 3? 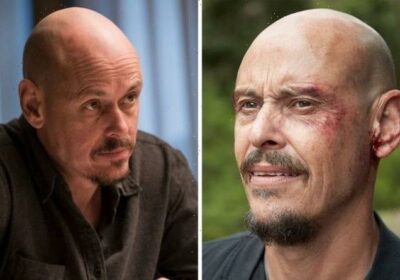 Mr Inbetween season three is now available in the UK, October 29 on Fox UK. It comes after season three dropped in the USA back in May. With the premiere came the confirmation that season three would be the final chapter of the drama, leaving fans wondering why the show won’t receive a fourth instalment.

Why is My Inbetween ending after season 3?

My Inbetween first debuted in 2018, following the life of criminal for hire Ray Shoesmith (played by Scott Ryan).

When season three was first announced, fans assumed it would simply be business as usual for Ray and the rest of the team.

Sadly, FX confirmed it would be the last outing for the antihero, with any hope for season four ending with it.

However, the show was not officially cancelled, as Ryan himself confirmed it was his decision to end the show after a three-season arc.

As both the lead star and creator of the series, Ryan had overall creative control of the show, and he was more than ready to leave the character behind.

Speaking to Australia’s MediaWeek, Ryan explained: “It feels so good. I have had enough of him.”

“So I am sick and tired of him and can’t wait to get rid of him.”

Ryan originally envisioned the character more than 20 years ago, initially struggling to get the series greenlit.

As it was Ryan’s decision to end the series, the doors are still open for a return to the character at a later date.

Ryan clearly isn’t opposed to the idea, adding: “Who knows mate, Ray Shoesmith could pop up anywhere so people should best be careful I guess.”

Whether this means a fourth season will eventually be made or that Ray could appear in a different project remains to be seen.

For now, it is clear Ray’s adventures are over and the third season’s end marks the last time he will be explored.

Season three consists of nine episodes, with the focus of the final chapter centring on Ray’s father, Bill (Kenny Graham).

Ray is forced to spend more time with his ageing father, dividing his focus between his work and home life.

This puts his daughter, Brittany (Chika Yasumura) dangerously close to discovering just what her father does for a living.

The final two episodes of the season have very knowing titles – I’ll See You Soon and I’m Not Leaving.

These seem to imply that Ray will be back one day and that season three is more of a hiatus rather than the last chapter.

For the time being, neither Ryan nor FX have confirmed any kind of continuation for the character.

Yet, according to Ryan’s IMDb profile, he has no other projects in development, leaving his slate wide open for more of Ray’s criminal activities.

Mr Inbetween seasons 1-3 are available to watch on FX in the USA. Season three will premiere on October 29 on Fox UK in the UK.