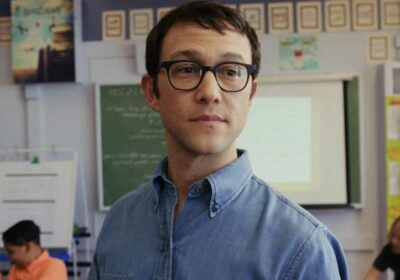 Joseph Gordon-Levitt’s Mr. Corman is down on his luck, or at least he thinks so when he reflects on his life in the new trailer for Mr. Corman. The comedy-drama series premieres via Apple TV+ on August 6th.

In the new trailer, Mr. Corman is disillusioned by the life he’s leading. Rather than living his dream of being a rock star, he’s a fifth-grade teacher. His fiancée has left, and he’s suffering from anxiety and panic attacks. But despite his self-doubt, he has a lot of supportive people around him. The visual also features imaginative fantastical scenes interwoven into his reality, suggesting that while his life isn’t perfect, his desires aren’t that far removed if he can change his perspective.

Gordon-Levitt wrote, directed, executive produced, and stars as the titular character, with whom he has a lot in common. “I feel so grateful for the life I live. I love my family, I care about my work, I’m healthy, I’m safe — there’s so much. And if I’m being honest, I think a lot of that comes down to good luck,” he says. “So I often wonder, what if my luck were different? What if I hadn’t met the love of my life yet? What if I hadn’t managed to make a living as an artist? My life could just as easily be different. That’s where Mr. Corman came from.

A24 produced the series, which also features Arturo Castro, Debra Winger, Bobby Hall (aka the rapper Logic) and Jamie Chung.