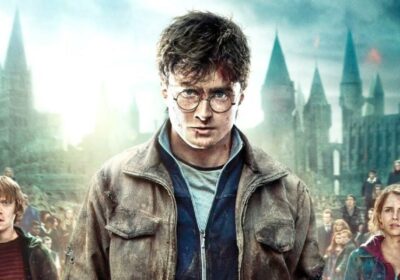 AceShowbiz -Warner Bros. Discovery boss David Zaslav is determined to make more “Harry Potter” films. The media executive confirms that the organisation are looking for J.K. Rowling’s approval to make another wizardry film as they will place a focus on franchises.

The plans were revealed after the author sparked controversy with comments on Twitter that many considered to be transphobic. While some cast members have spoken out against Rowling, the studio has apparently indicated that they are prepared to work with her.

Speaking during an investor’s call on Thursday, November 3, Zaslav said, “We’re going to focus on franchises. We haven’t had a Superman movie in 13 years. We haven’t done a ‘Harry Potter’ in 15 years. The DC movies and the ‘Harry Potter’ movies provided a lot of the profits for Warner Bros… over the past 25 years.”

He added on the prospect of more Potter films, “If we can do something with J.K. on ‘Harry Potter’ going forward.”

Zaslav also explained that Warner Bros. Discovery should take advantage of major franchises such as “Sex and the City” and “The Lord of the Rings“.

The 62-year-old studio boss said, “What are the movies that have brands that are understood and loved everywhere in the world? Outside the US, in the aggregate, Europe, Latin America, Asia, have about 40 per cent of the theatres that we have here in the US, and there’s local content.”

“So when you have a franchise movie, you can often make two to three times the amount of money that you can make in the US because you get a slot, and the focus on big movies, the tentpoles that people love and people are going to leave home and go to dinner early to go to see, and we have a lot of them.”