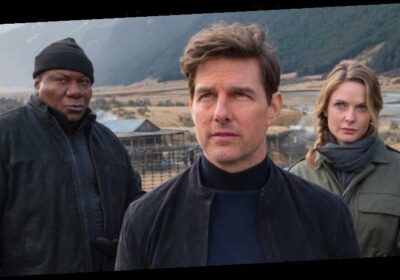 Universal Pictures has already been shaking up the exclusive theatrical release window by sending their smaller and midrange theatrically released titles to VOD just 17 days after they hit the big screen. Then Warner Bros. Pictures came along and took things a step further by releasing all of their 2021 theatrical movies simultaneously on HBO Max for 31 days. Now Paramount Pictures is the latest to shorten the time their movies spend exclusively in theaters.

As part of a Viacom CBS investor day presentation today, Paramount Pictures announced that they will be sending blockbusters such as Mission: Impossible 7, A Quiet Place Part II, and Top Gun: Maverick to the recently rebranded streaming service just 45 days after they’ve hit theaters.

Variety announced the change in Paramount Pictures’ theatrical windows for their major blockbusters. Top Gun: Maverick is slated to hit theaters on July 2, 2021, followed by A Quiet Place Part II on September 17, 2021, and Mission: Impossible 7 on November 19, 2021, and they will all arrive on Paramount+ just 45 days after those dates. Paramount Pictures CEO Jim Gianopulos said, “Audiences are changing in their habits and we want to make sure that these films are available when they’re fresh after a full theatrical run.”

Among the recent changes in theatrical windows at some of the major studios, this one is certainly much more generous to movie theaters. It still cuts the traditional 90-day theatrical window in half, but it’s nearly three times as long as Universal’s shortened window, and nowhere near what Warner Bros. Pictures is trying out with HBO Max. Though the aforementioned blockbusters will have 45-day theatrical windows, many of Paramount’s releases will actually have 30-day theatrical windows. Unfortunately, a comprehensive list of which movies will be receiving this treatment was not made available at this time.

Paramount’s movies will also be arriving a little earlier than usual on the pay TV front as well. The studio struck a new deal with Epix to make many of their theatrical releases available for an exclusive 90-day window on EPIX before they eventually become available on Paramount+. Keep in mind that this is different from a movie being made available sooner on VOD. The pay TV window comes after the theatrical and VOD releases. In the case of the aforementioned blockbuster titles, Paramount+ will have those movies available to stream before that, but it’s not clear if they will also end up on EPIX at a later time.

MGM is also getting cozy Paramount+ in addition to expanding their previous deal with EPIX. Upcoming MGM movies like the James Bond sequel No Time to Die and Creed III will not have a shortened theatrical window before heading to streaming. However, they will head to pay TV on EPIX a little earlier than usual with the same 90-day exclusive window that Paramount Pictures movies will get. After that window is up, MGM’s movies will then be made available to stream on Paramount+.