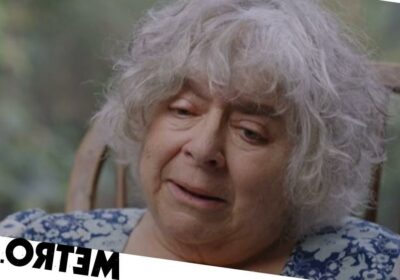 Miriam Margolyes was close to tears as she admitted to hitting her paralysed mother during a special episode of BBC’s Imagine.

The Harry Potter actress, 80, spent the documentary praising her relationship with her mother Ruth, who died in 1974 after her health deteriorated following a stroke.

In 2021, Miriam released her latest book, a memoir titled This Much is True, packed with outlandish memories from her colourful 80 years.

However, speaking to presenter Alan Yentob, the brash film star revealed a devastating moment from her life that she kept out of the autobiography.

‘I didn’t mention something that I should have mentioned,’ she said. ‘And that was that I hit my mother when she was paralysed.

‘Anyone who’s been a carer will know how frustrating and difficult it is and I let that happen, I’m deeply ashamed of it.’ 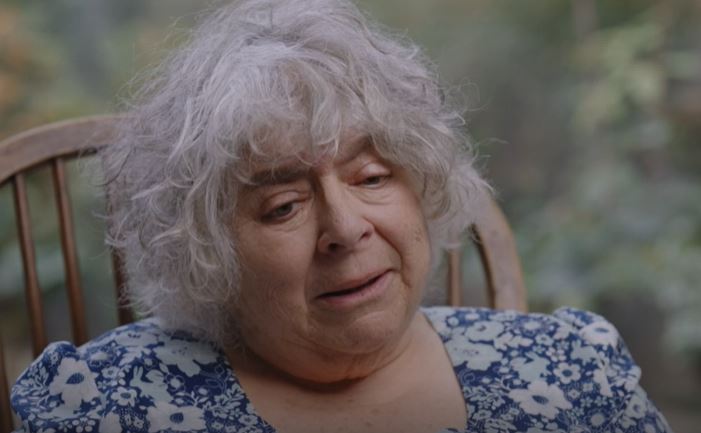 Becoming more emotional and tearing up, she continued: ‘The thing that really gets to me is that my mother forgave me.

‘I hit her when she was paralysed and she forgave me.’

Previously in the programme, Miriam called her mother the ‘centre of my life,’ adding ‘as I was to hers’.

She smiled as she remembered their unbreakable bond. ‘

‘I don’t hear many people talk about “mummy” as though Mummy was still there,’ noted Alan.

In her memoir, Miriam explained how she blamed coming out to her parents in the 1960s for their deaths.

She never let me go

Miriam’s mother suffered her first stroke just days after the actress told her she was a lesbian, after finding love with another woman when she was 27.

‘She and my father insisted I come into the drawing room and swear on the Torah never to have relations with a woman again. I did as they asked, but I broke my promise,’ she wrote.

After Ruth’s first stroke, she suffered a more severe one several months later which Miriam recalled lead to her health deteriorating until her death.

‘I always believed that my coming out in some way caused it,’ Miriam wrote.

‘I had caused the person I loved most in the world a pain she could not bear. It was a horrendous time and I was very unhappy. I knew I couldn’t change what I was; I should not have told them.’

Imagine… Miriam Margolyes: Up for Grabs is available to stream on BBC iPlayer now.