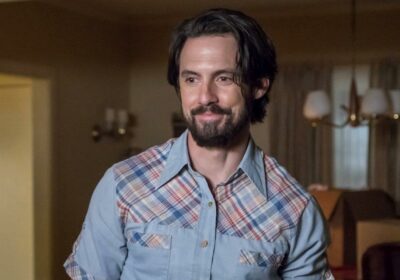 While he thinks that co-stars Sterling K. Brown, Chrissy Metz and Mandy Moore will get emotional, the actor playing Jack Pearson is adamant Justin Hartley will try to keep people up and laughing.

AceShowbiz –Milo Ventimiglia has predicted there will be tears all round when he and his co-stars film the final episode of “This Is Us“.

The 44-year-old actor, who plays Jack Pearson on the drama series, is trying to savor every moment of shooting the sixth and last season of the show and, as the end draws near, he’s expecting there to be some emotional scenes with his castmates.

“I think everybody’s aware and understands and is hopefully soaking it up the way I’m soaking it up,” he told U.S. TV show Extra. “Everybody is going to be crying [by the end]. It hasn’t gotten emotional yet. I’m sure it will. I’m sure there’s going to be plenty of tears.”

“I think everybody’s going to be crying… [Co-star] Sterling K. Brown can’t do anything but cry on the show. Chrissy Metz cries. Mandy Moore gets emotional.”

However, Milo won’t be expecting tears from Justin Hartley, who plays his character’s son, Kevin Pearson. “I don’t see a tear coming out of that man’s eyes…,” he added. “Justin is fun-spirited, always trying to keep people up and laughing.”

But Milo admits he has no idea how the show will end. “Listen, I’m the dude that’s wearing the make-up and is paid to read the lines. I learn them as they give them to me,” he grinned.

Still, in an interview with Us Weekly, Milo stressed, “I think everybody is grateful to be able to wrap it up the way that [creator] Dan Fogelman and the writers planned.” He added, “Beyond that, [we’re excited to just] have fun and enjoy ourselves and be together as a group because this is the last go around.”