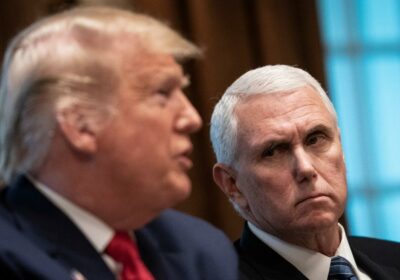 The issue that was quickly pointed out by numerous observers, of course, is that many within the mob that overtook the Capitol were furious with Pence for refusing to help then-president Donald Trump overturn the 2020 election, which President Joe Biden won. Pence, like other elected officials, was rushed to safety that day as rioters set up a gallows and screamed his name. Prior to the riot, Trump had been tweeting about Pence specifically, calling on him not to certify the election result.

“How can you deny that Trump’s mob built the gallows to hang you, Mike Pence? You are a menace to our Democracy,” fumed one observer on Twitter.

“Trump sent people to kill you, bro,” said actress Martha Kelly after Pence tweeted a clip from his interview, during which he also advertised his new podcast.