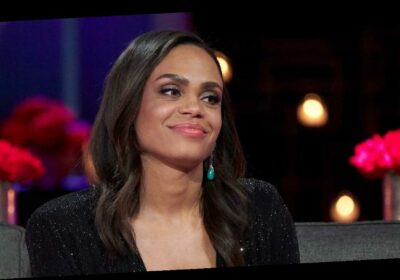 The Bachelor‘s Michelle Young is sharing her thoughts on Rachael Kirkconnell’s racism controversy. After Matt James broke up with Michelle during his finale, she spoke out about the current drama surrounding Rachael and the franchise on After the Final Rose.

Rachael Kirkconnell, who also appeared on Matt’s season, came under fire in January when her past actions came to light. First, a TikTok user accused the early front-runner of previously bullying her for dating Black men. Then, another user accused Rachael of liking racist photos. Pics have also surfaced of her at an Old South plantation-themed party while in college. Rachael has since apologized and asked people to stop defending her actions.

“As more and more information started to come out, I started to feel hurt by what I was seeing,” Michelle said. “That was a prime example of not understanding the history behind it, not being educated enough on what that actually meant, what her actions actually meant, how we see it. I feel like Rachael has a good heart. But I think there’s a lot of learning. It comes off very inconsiderate.”

Chris Harrison, the show’s host, found himself involved in the scandal too, when he defended Rachael in an interview with Rachel Lindsay, encouraging people to offer her “grace,” and speaking out against the “woke police.”

Chris has apologized and expressed his want to return to the franchise after deciding to step aside “for a period of time.” He will not, however, host the upcoming season of The Bachelorette, with those reins instead being handed over to former franchise leads Kaitlyn Bristowe and Tayshia Adams.

“It was another weight that was added on to the already really difficult feelings, all of these issues that everyone’s talking around and addressing and apologizing and making statements but not actually changing anything,” Michelle said of Chris’ involvement. “There is a point where you’re just so exhausted.”

Follow along with ET’s coverage of the Bachelor finale and the After the Final Rose special here.