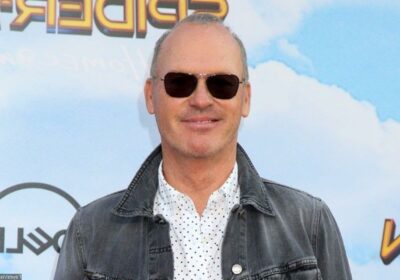 Though admitting he has never really been a fan of the genre, the ‘Batman Returns’ star claims to have really come to appreciate the Caped Crusader’s pop culture significance after filming ‘The Flash’.

AceShowbiz –Michael Keaton hasn’t watched a comic book movie in full since he played Batman in 1989, but he’s still a huge fan of the character.

The actor is returning to play the Caped Crusader for the first time since 1992 for upcoming DC movie “The Flash”, and he admits he has never really been a fan of the genre.

“After the first Batman, I’m not sure I’ve ever seen an entire [comic book] movie,” he told The Hollywood Reporter, admitting he skipped watching himself in “Batman Returns” and as the villain in 2017’s “Spider-Man: Homecoming“.

“I just never got around to it. So you’re talking to a guy who wasn’t in the zeitgeist of that whole world.”

However, he was happy to return to the role to star opposite fellow former Batman Ben Affleck and “Flash” star Ezra Miller in the Warner Bros. film.

“Frankly, in the back of my head, I always thought, ‘I bet I could go back and nail that motherf**ker,” Keaton joked. “And so I thought, ‘Well, now that they’re asking me, let me see if I can pull that off.’ “

While he turned down the opportunity to appear in the third Batman film in the 1990s – Val Kilmer ultimately took over the role in “Batman Forever” – the star has really come to appreciate the character’s pop culture significance after filming “The Flash”.

“What’s really interesting is how much more I got [Batman] when I went back and did him,” he explained. “I get this on a whole other level now. I totally respect it. I respect what people are trying to make.”

“It has become a giant thing, culturally. It’s iconic. So I have even more respect for it because what do I know? This is a big deal in the world to people. You’ve got to honor that and be respectful of that. Even I go, ‘Jesus, this is huge.’ “