Home » TV & Movies » Meryl Streep Regrets Not Going Further in a Performance: ‘I Couldn’t Help Wishing That I Was More Beautiful’

Meryl Streep Regrets Not Going Further in a Performance: ‘I Couldn’t Help Wishing That I Was More Beautiful’

Meryl Streep delivers one brilliant performance after another, but she isn’t immune to criticizing her own work. She has high standards for herself but sometimes wishes that she could have pushed the envelope a bit further. Streep felt that her performance in The French Lieutenant’s Woman could have gone further in some regards. Here’s a look at what she regrets looking back on this particular piece of work.

The French Lieutenant’s Woman explores the framework of a story-within-a-story. Streep delivers a performance as Anna, an actor who is working alongside Mike (Jeremy Irons) in a period piece about the forbidden love between their characters, Sarah and Charles. The actors each have their own serious relationships, but their on-screen chemistry bleeds into their real-life interactions.

The off-camera love affair puts Anna and Mike in a difficult situation, as they try to maintain their level of professionalism in their work. However, they must come to terms with the facts of their infidelity that could turn their entire worlds upside down. There’s more at stake than just their roles. 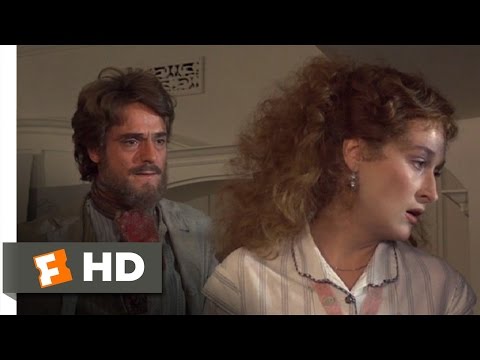 Erin Carlson’s Queen Meryl takes a look into Streep’s performance in The French Lieutenant’s Woman. Looking back, the actor doesn’t believe that she went far enough and regrets not pushing the envelope.

“I didn’t feel I was living it,” Streep said. “You always want to do something better after the fact. I couldn’t help wishing that I was more beautiful.”

Streep examines both her performance and the film itself, desperately wishing that she could have further owned the part.

“There comes a point when you have to look the part, especially in movies,” Streep stated. “In Victorian literature, passion, an illicit feeling, was always represented by darkness. I’m so fair that dark hair makes me look like some old fish, so I opted for auburn hair instead. I really wish I was the kind of actress who could have just stood there and said it all.”

The actor proved that she could deliver more than sex appeal

Streep often felt self-conscious regarding her performances compared to her peers. Other actors, such as Jessica Lange, had a lot of “sex appeal.” As a result, they earned a variety of roles that many filmmakers didn’t consider Streep for. However, she proved that she could do more than provide sex appeal. She’s a chameleon of sorts, as she has the ability to slip in and out of very complicated roles.

It’s clear that the Oscars thought Streep delivered a terrific performance in The French Lieutenant’s Woman, as she earned a nomination for Best Actress in a Leading Role. However, she lost to Katharine Hepburn in On Golden Pond. Additionally, the film earned four other Oscar nominations but didn’t take home a single trophy.