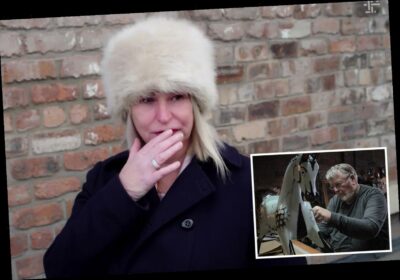 MEND It For Money expert Paul Commander left a show guest in tears after restoring her much-treasured rocking horse before selling it off.

Equally, some fans of the Channel 4 show were devastated at his attempts to re-vamp the well worn childhood toy, with some branding its end look "horrific." 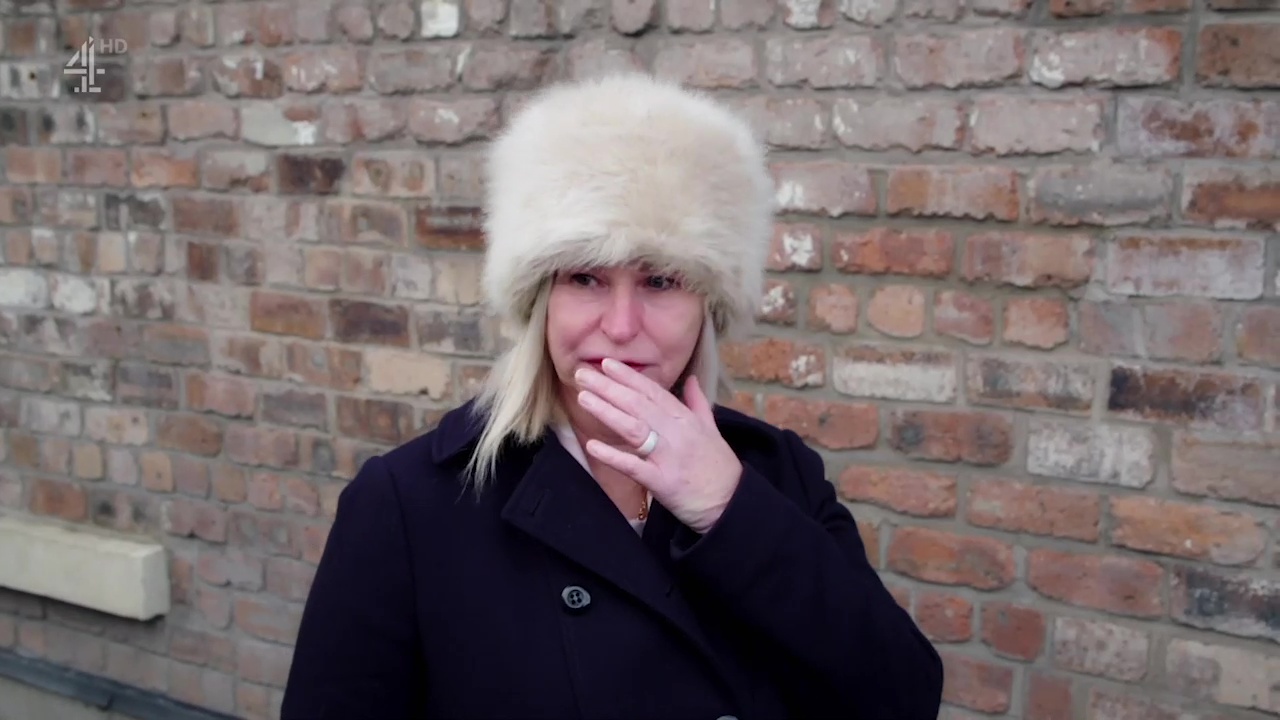 Contestant Julie brought her "scruffy" antique item to the valuation guru and told how it was one of eight she had in her home.

The keen collector selected Paul to restore her much-loved item in order to restore it to its full glory, courtesy of his reputation in the field, and said: "This one, you know, is the scruffy one of the pack I suppose.

"He’s in a bit of a state so I think they’ve got their work cut out."

After Paul suggested a perfectly-painted version of the white stallion could reach £800, Julie added: "I’d be glad if he sold it, but also a bit sad to see it go." 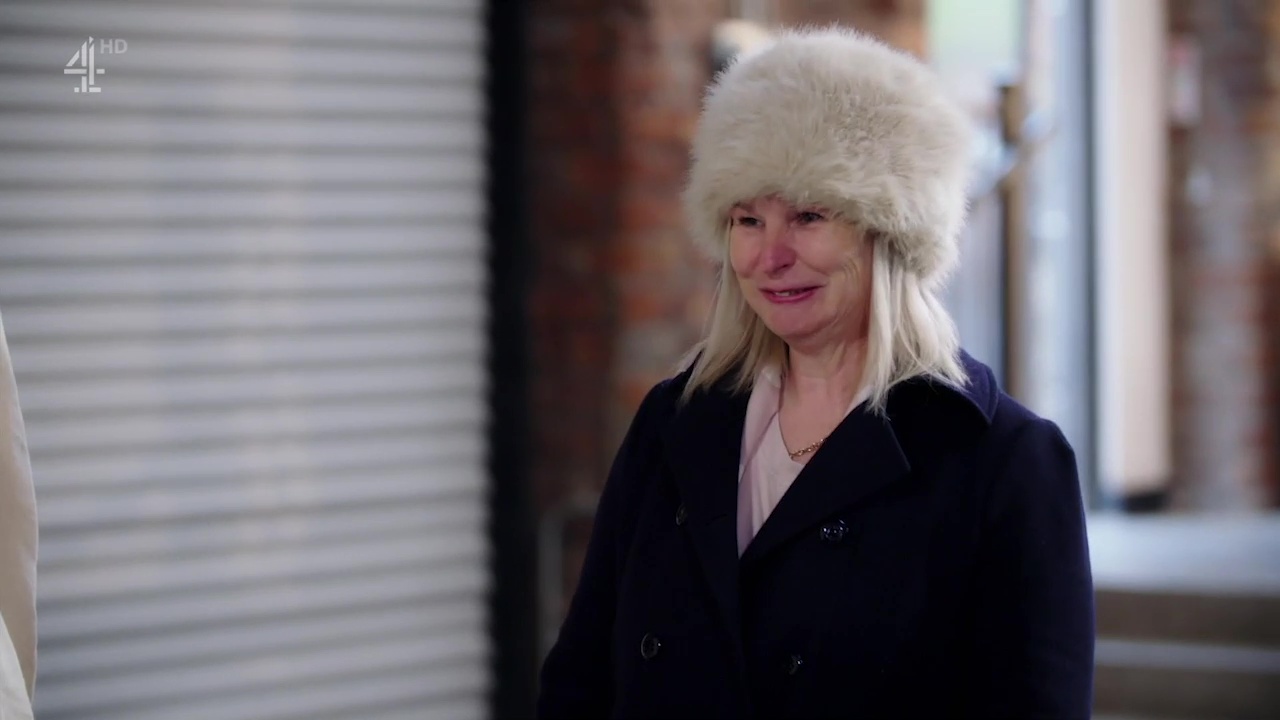 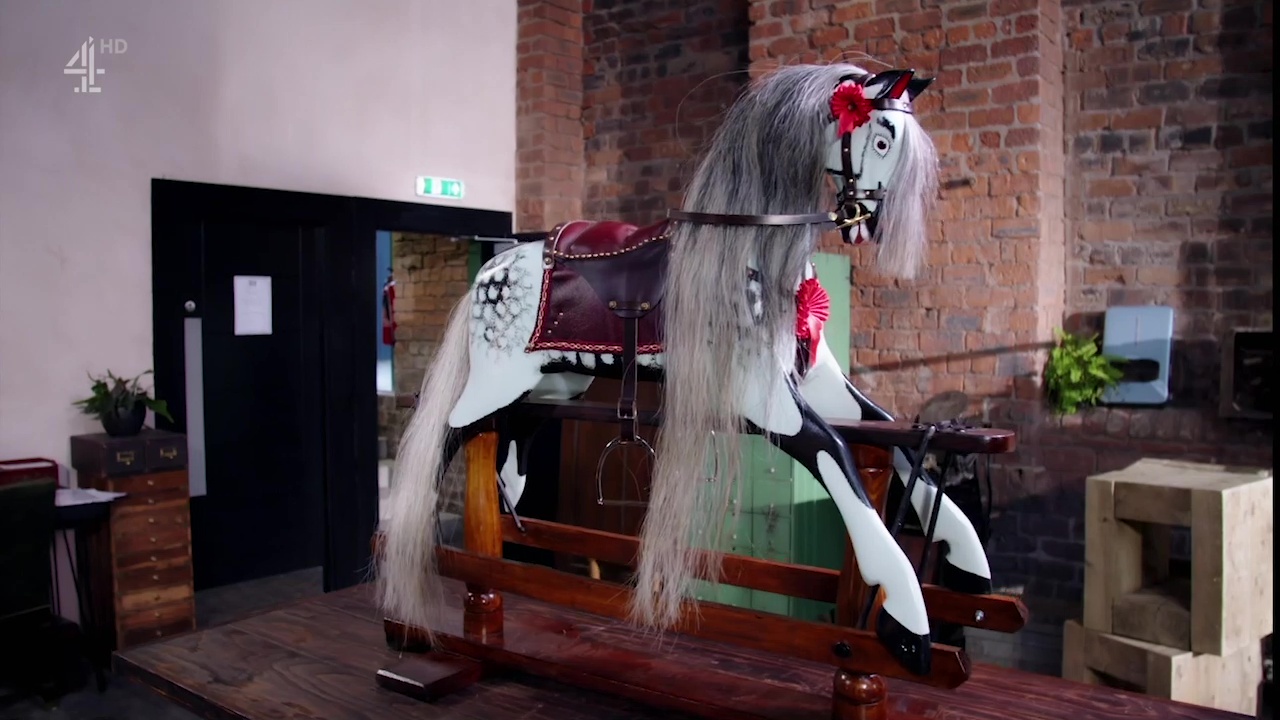 Yet the glamorous show star, who arrived on set wearing a striking white fur hat and black coat, was perhaps not as prepared as she thought to say her final goodbyes.

After Paul brought Julie back in his studio to see the finished results for the adorable grey, complete with saddle and pink rosettes around its face, she looked visably emotional.

Tears sprung to her eyes and she was forced to cover her mouth with her hand as the expert admitted it was a "very enjoyable job" – despite the initial "investigations" over its painting and additional "frustrations."

The emotional overload kept coming for Julie, who was then told the expert had secured a buyer who forked out a whopping £1,335. 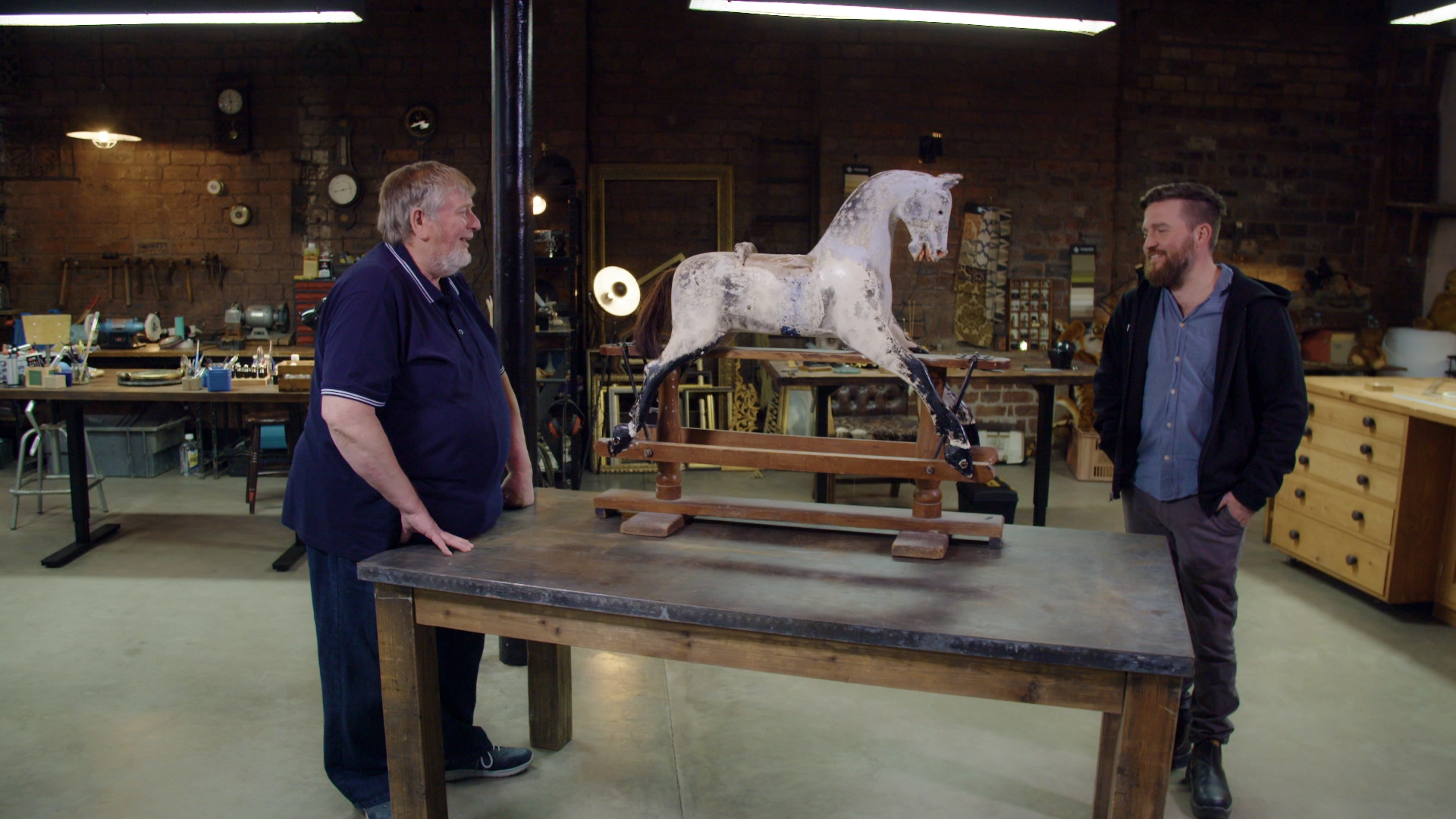 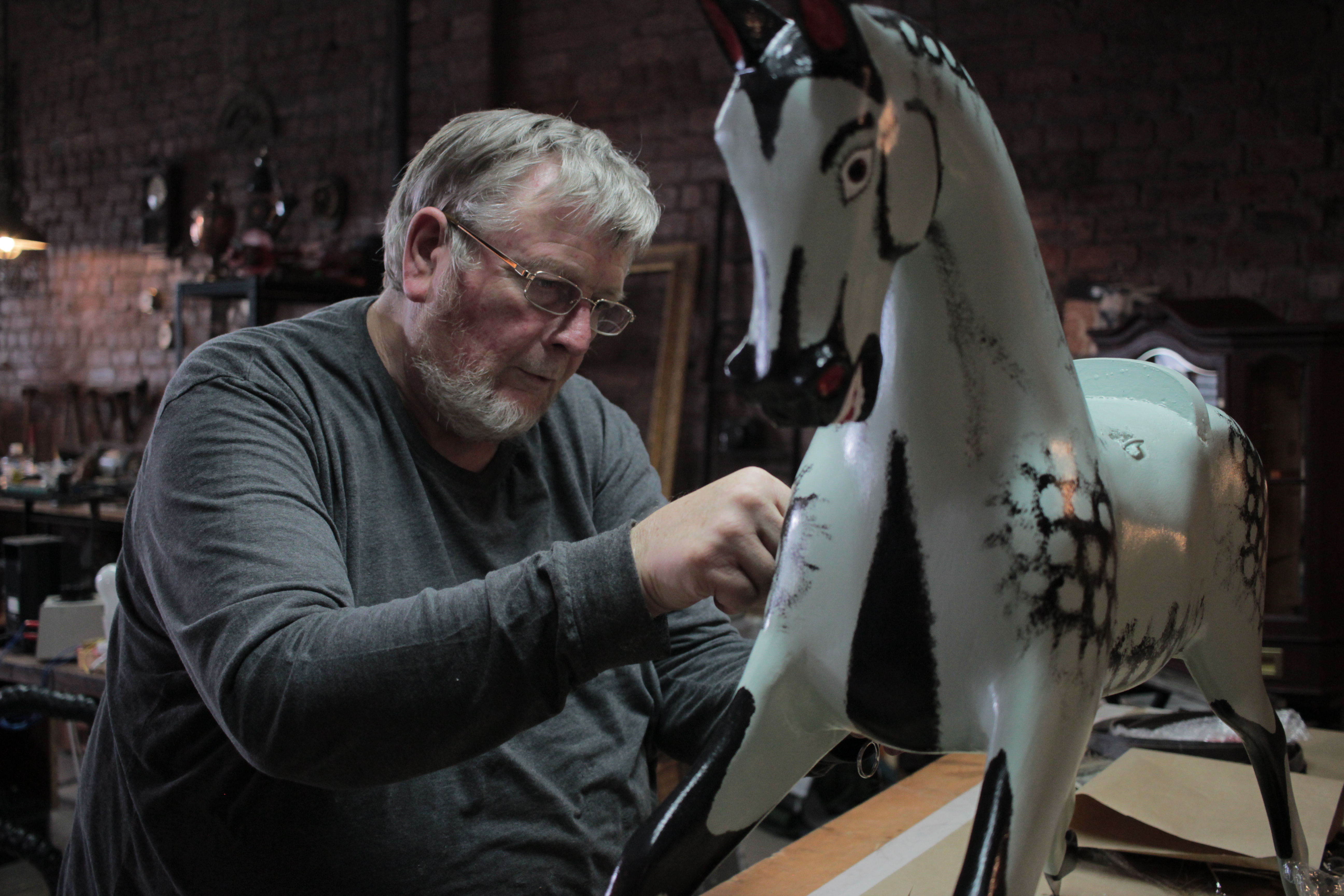 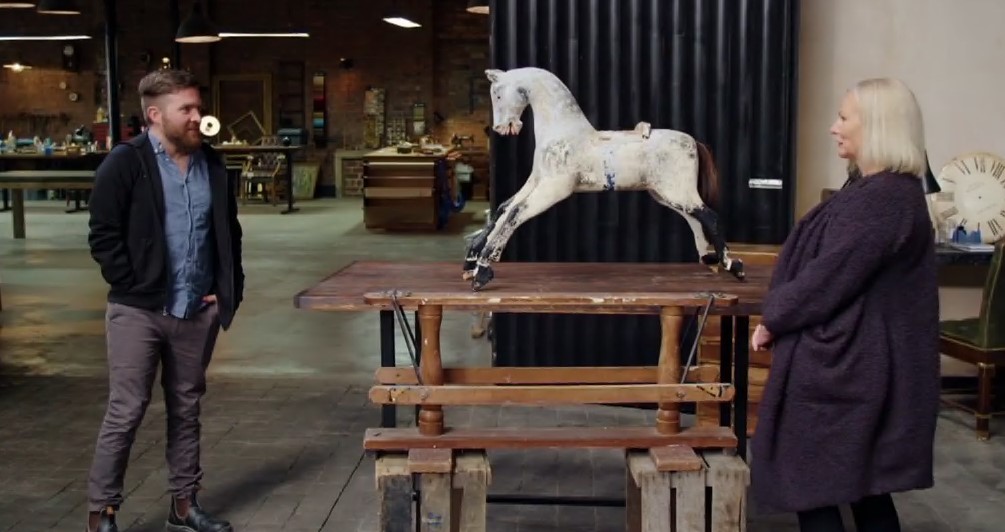 This proved a much greater sum than the £800 anticipated, and meant Julie walked away with £935 after Paul had taken his 30 per cent cut.

He had also charged £300 for materials earlier in the episode, which helped him to remove the original paintwork before giving the horse a re-fresh, as well as carving a brand new pair of ears.

Amid her sadness, the collector blubbed of the rocking horse: "It just looked so different, didn’t it?

“I’m a bit emotional about letting the horse go now seeing it as it is, what Paul’s done, but I’m sure it’s gonna go to a good home.” 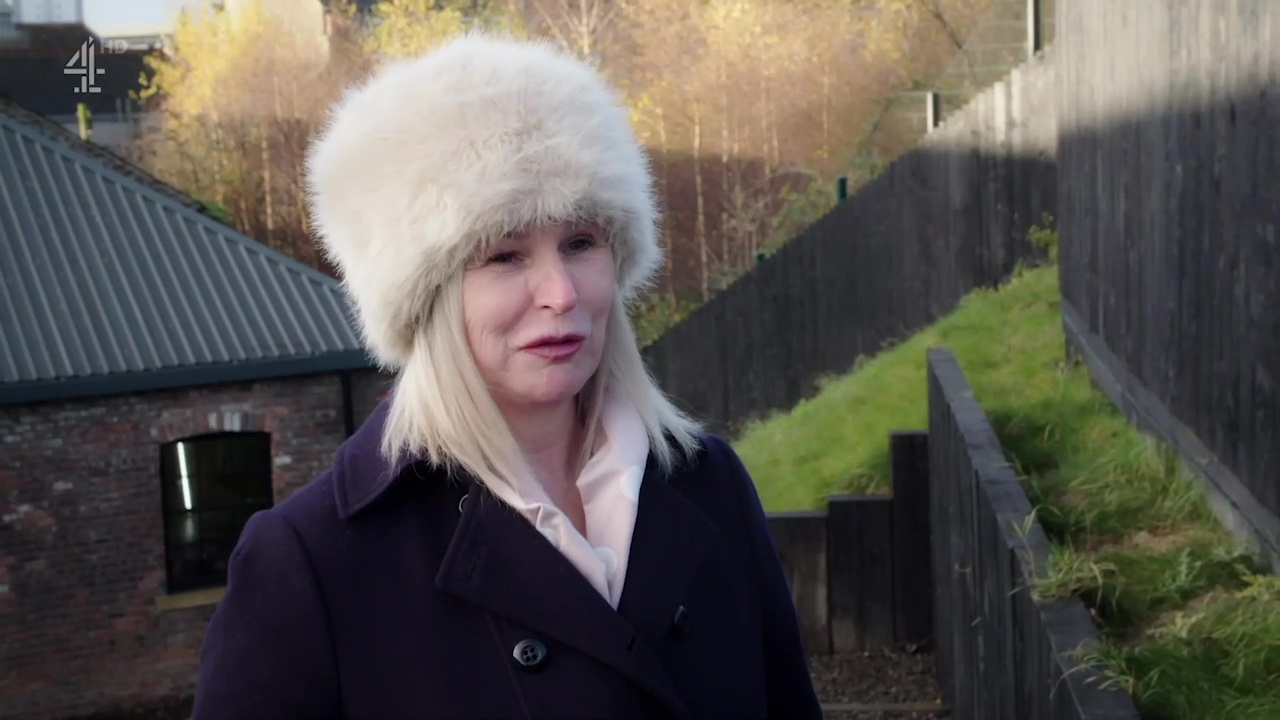 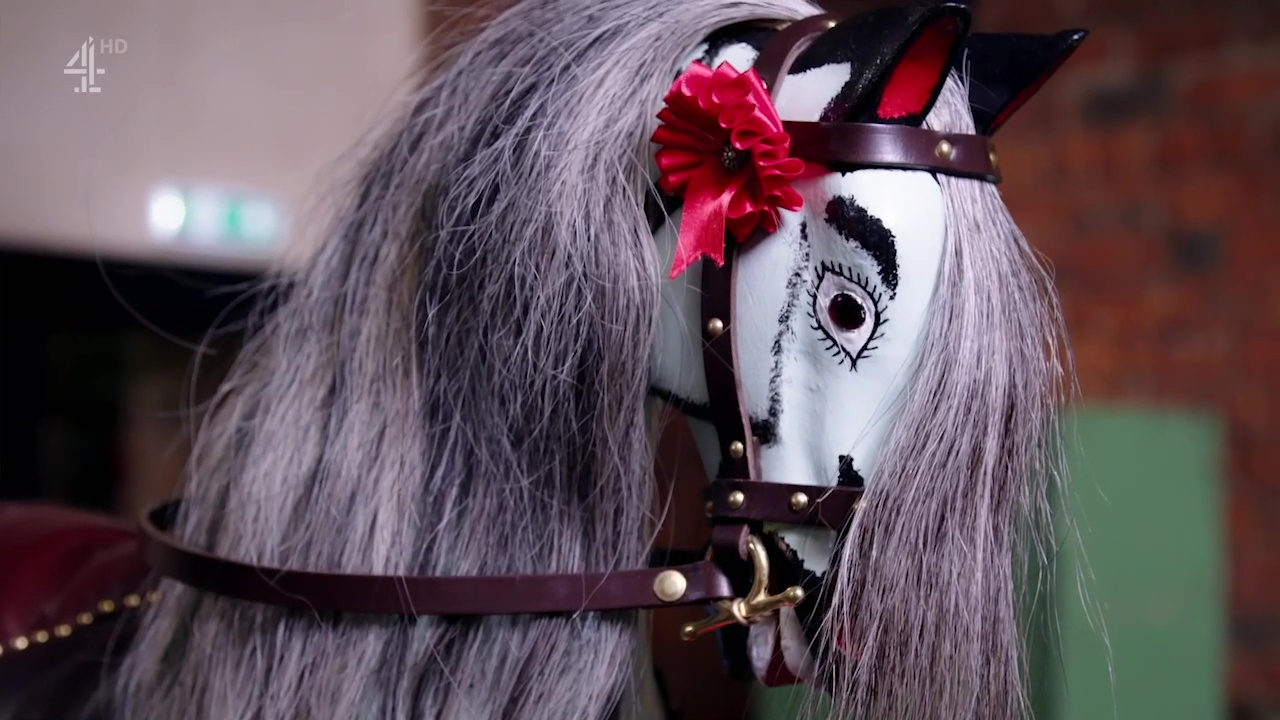 Yet some Channel 4 viewers were less than impressed with the horse's new look, with one taking to Twitter to write: "Don’t let this ‘restorer’ anywhere near anything of value again. That horse looks horrific."

Another posted: "He's no painter , that horse looks awful."

One then surmised: "I'm sorry he's ruined that rocking horse he's over restored it. #menditformoney."

Mend It For Money airs every weekday at 5pm on Channel 4.