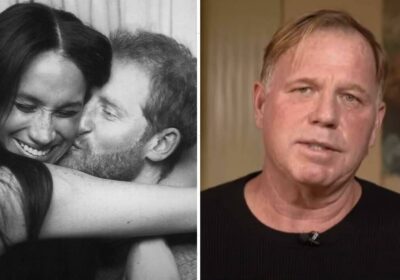 Meghan Markle: Expert on Netflix's portrayal of relationship with Kate

Meghan Markle and Prince Harry have a multi-year deal with Netflix which is reportedly earning the former senior roles $100million. Since the first three episodes come out on the streaming service earlier today, there has been plenty of reaction to what they’ve got to say.  Meghan’s half-brother Thomas Markle Jr has now spoken on Piers Morgan Uncensored about her as well as their dad’s health following his stroke in May.

The Duke and Duchess of Sussex have been at the heart of royal controversy since they took a step down from their senior roles in the Royal Family.

While Meghan Markle has remained close to her mum Doria Ragland who attended the couple’s wedding, she has had a very different relationship with her father Thomas Markle.

He was due to walk his daughter down the aisle but at the last minute, it was revealed that he wasn’t going to attend the ceremony.

It has been reported that they fell out after Thomas staged paparazzi pictures ahead of their wedding.