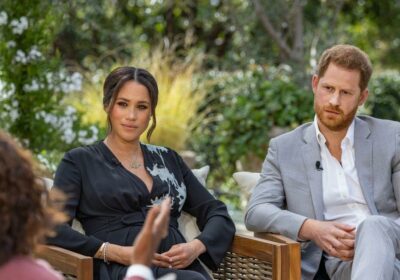 Thomas Markle claims that his estranged daughter Meghan Markle and her husband Prince Harry only care about money.

"I think Harry has abandoned the Queen, his grandmother, the royal family, the British people and the Army. He's abandoned them all," the Duchess of Sussex's father told ITV's Good Morning Britain.

He continued: "All he does now is ride a bicycle around the neighbourhood… I don't know if it's much of a life for him either. It doesn't make sense.

"Harry is coming out with a book and that can't be anything but cruel, and to insult his grandmother… it's a ridiculous idea and it's just something for money.

"Everything they're doing is for money.

"To do that to your grandmother, who is 95 years old, is shameful."

He then went on to say: "Money isn't everything, but the book he's writing should be not Finding Freedom, it should be Finding Money."

"It's all they seem to care about right now," he concluded.

People were quick to share their opinions on Thomas Markle's TV appearance, with one person saying: "Yet another interview another pay day for him and he wonders why she doesn’t talk to him."

Another said: "#ThomasMarkle saying all Meghan and Harry do is stuff for money. Didn't he sell a letter written by Meghan to the papers for money."

While a third penned: "Also he criticised Harry and Meghan for ‘making money’ and he’s going on TV presumably for the ‘good of his health’ and not taking the dollar for it? Such a hypocrite."

But this all comes as Thomas Markle revealed on GMB that his only way of communicating with his daughter is through TV interviews.

He also dropped another bombshell while on air, when he revealed that he had previously considered taking legal action against Meghan and her husband so he could see his two grandchildren Archie and Lilibet.