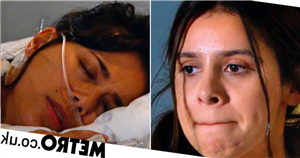 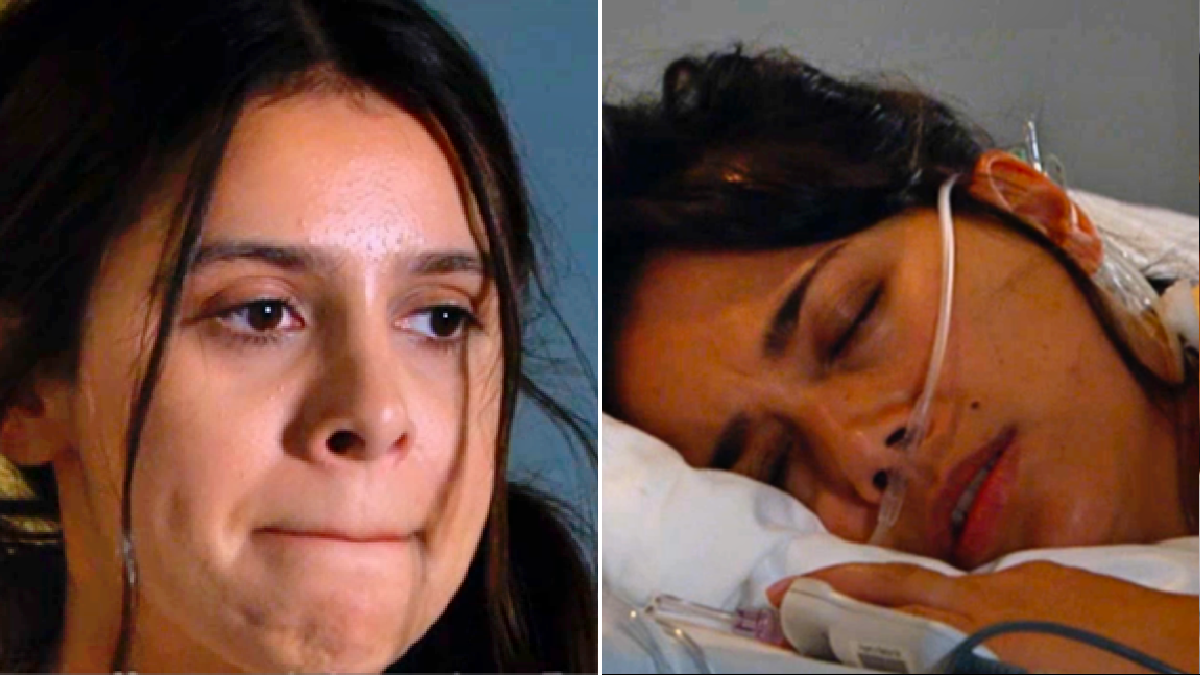 Emmerdale’s resident killer Meena Jutla (Paige Sandhu) was hellbent on tying up loose ends that might connect her to Andrea Tate’s (Anna Nightingale) death, and her first port of call was killing Priya Kotecha (Fiona Wade)!

Priya, as viewers will know, was burned in the fire at the maze last week. She had been sedated in the aftermath of the incident, but she started to wake up in Monday’s (October 25) edition of the ITV soap.

Meena was concerned to learn such a thing, worried Priya’s recollection of the blaze could cast doubt on her own.

Left with little choice, the murderer decided that Priya was to be her next victim, and thus she snuck into her hospital room when no-one was looking.

Priya was not fully conscious, much to Meena’s dismay, as she told her that she fancied a bit of chat, claiming that what she was intending to do was ‘not personal.’

‘The fact is I don’t know what you did or didn’t see in that maze, and that’s a problem for me,’ she said.

Meena claimed that carrying out the murder would’ve been a lot easier if Priya wasn’t ‘lying on her front’, but told her that what she was about to do would be ‘quicker’ provided Priya did not ‘struggle’.

‘I’m probably doing you a favour!’, she added. ‘It must really hurt.’

The twisted nurse grabbed some medical gloves from the trolley nearby, and prepared to take another life.

‘Oh!,’ she exclaimed. ‘I almost forgot about Amber. No, I literally almost forgot her. She’s a bit like that, isn’t she? Forgettable. I’m sure your family will take care of her, whatever.’

Meena then inched closer to Priya, but before she could take action, a nurse entered the room, and told Meena to get out. Meena covered her tracks, telling the nurse she was simply worried about Priya, before leaving.

And soon she had other things on her mind, as she discovered that David Metcalfe (Matthew Wolfenden) had declared his love for Victoria Barton (Isabel Hodgins).