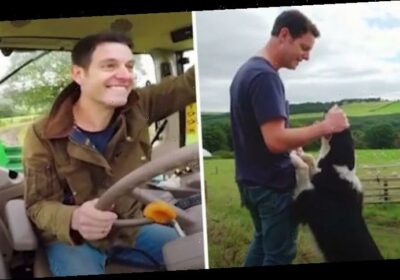 Speaking on ITV’s This Morning today, Matt explained what he had been up to in the past year since moving back to County Durham to support his parents on their farm ahead of his new series which is starting on More4 this evening. Speaking to Holly Willoughby and Phillip Schofield, he described the life-changing transition.

Matt had left the family’s farm in The Dales 22 years ago for London, but now finds himself back there and has taken on the responsibility of an entire farm.

The former The One Show presenter said: “It’s been quite an eventful few months and to be honest with you it was a programme that was never really pitched, it just evolved from the situation that we found ourselves in because of my mum’s accident.”

The 43-year-old explained it started when he received a call that his mother had been injured in an accident, and later led to the development on Our Farm on the Dales.

His mother Janice, 65, had been preparing her sheep for clipping on the farm when she fell and was trampled over by the flock, breaking her leg and needing to be hospitalised. Her husband Mike – at the age of 77 – was too old to take over the running of the farm alone. 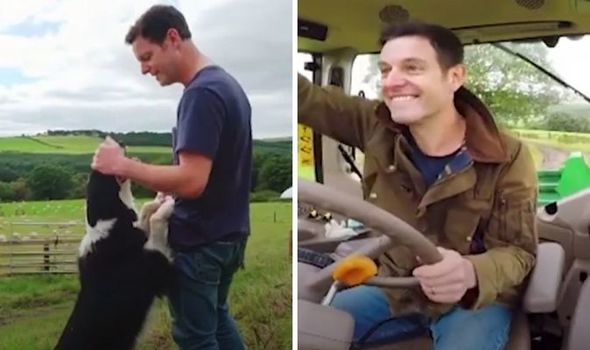 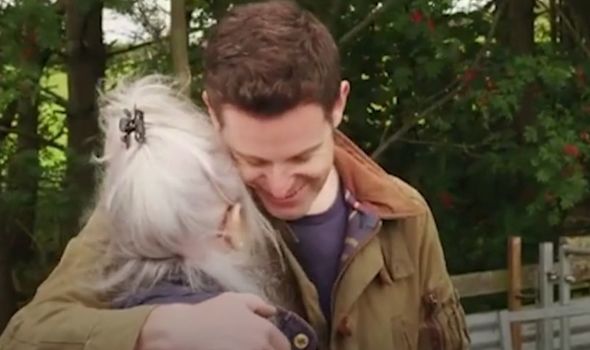 “We’re always bringing stock up and down between the two so, certainly for my children, it wasn’t that much of a lifestyle change in that way, and the family farm has always been a big part of all of us.

“What happened was my dad rang me up one morning totally out of the blue and said ‘your mum’s had an accident, she was down in the sheep pen, she got knocked over by a flock of sheep and she broke her leg’ and she was in hospital and it turned out she needed a knee replacement.”

It was soon decided with Matt heading up the business, a new series – made up of four parts – could document his journey. 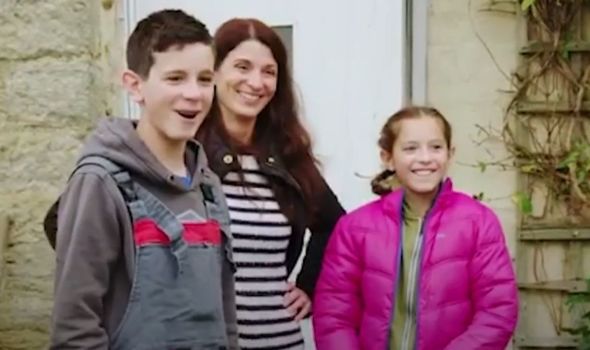 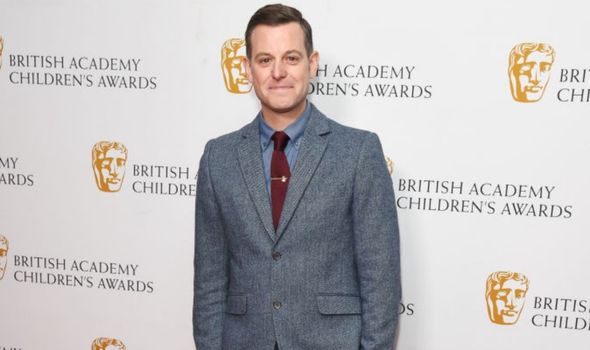 Matt’s plan was to restock the remote farm and introduce more suitable breeds as a means of taking the burden off his mother.

In upcoming scenes, viewers will see Matt revisit his roots and fall back in love with the Dales as he takes the reigns.

Speaking from his farm, he told Holly and Phil: “And here we are, we’re 1000 feet above sea level here, and we just knew that because of the situation and because the kids weren’t at school during the lockdown, we said ‘right we’ve got to up sticks we’ve got to move back, we’ve got to sort it all out’.

“So we did and we started making all of these changes and it was never really an idea to make it into a TV show, and I was just talking to various different people in different channels and explained the situation that we were in and More4 were like ‘would you film it?’ and I’d never thought of putting the family on TV or anything like that before but it just evolved and happened so naturally.

“And friends of mine filmed it so it was a very close-knit thing and we just kind of filmed what happened and all the different transformations that we’ve made – we’ve made the farm a lot easier to manage.”

He added that his kids are “totally involved” as well as his wife Nicola. Describing the show, he added: “At its heart, it’s not a farming programme, it’s about those moments in your life the tables turn and you start looking after your parents the way that they looked after you.”

Holly said: “Although you’re kind of doing what you love there which is the farming and that’s been in your family for years and years, and you’re combining it with the telly so it’s like both of these different worlds colliding at the same time but your day-to-day life must be very different – I mean you’re up at the crack of dawn feeding all these animals so it must feel quite different.”

Matt responded that he used to be doing that alongside filming The One Show with his farm down south.

He added: “Really, everybody’s lives have been crazy this year, everything’s been such a change.

“Everybody’s lives have been turned on their heads completely so I kind of just feel like everybody else really.”

He later said: “This is my life, I love it, this makes me who I am – this is me this is my life and I think people will start to understand why I am who I am when they watch it.”

The Countryfile host’s new show, Our Farm in the Dales, is starting today on More4 and will showcase the journey he and his family have made while they took over the farm.