Home » Master of None Twist: Season 3 to Focus on Lena Waithe's Denise

Master of None Twist: Season 3 to Focus on Lena Waithe's Denise 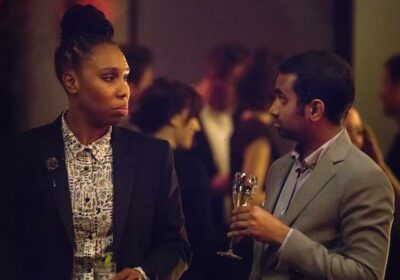 Netflix’s Master of None will return in May with a third season that reportedly dials down Aziz Ansari’s on-screen presence, more than three years after the acclaimed comedy’s co-creator was the subject of a sexual assault allegation.

Instead of focusing on Ansari’s character of Dev Shah, the new season will spotlight Lena Waithe’s Denise, Variety reports. A Netflix rep declined to comment.

Master of None‘s exploration of Denise’s sexuality, in a Season 2 episode titled “Thanksgiving,” focused primarily on her instead of Dev and earned Ansari and Waithe their first Emmy for writing. Angela Bassett guest-starred as Denise’s mom (and earned an Emmy nod), and while she doesn’t officially return for Season 3, her voice can be overheard on the phone.

Moving away from the first two seasons’ focus on Dev as a single man looking for love helps the series and Netflix move away from the aforementioned incident in Ansari’s personal life. In January 2018, a 23-year-old woman posted an article online alleging that a date with Ansari had ended with a nonconsensual sexual encounter with the actor.

Soon after, Ansari released a statement saying, “it was true that everything did seem okay to me, so when I heard that it was not the case for her, I was surprised and concerned. I took her words to heart and responded privately after taking the time to process what she had said.”

A year later, Ansari explained his side of things further with the Netflix standup special Aziz Ansari: Right Now. In it, he addressed the allegations, admitting that he “felt terrible” that his accuser felt that he had violated her.

Master of None, which has twice been Emmy-nominated for best comedy series, and for which Ansari won a Golden Globe in 2018 for best comedy actor, released its second season back in May 2017.