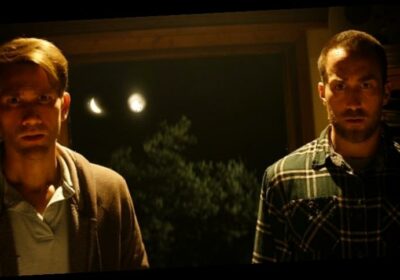 Moon Knight, one of the many new Marvel shows headed to Disney+, has found its directors: Justin Benson and Aaron Moorhead. Benson and Moorhead are behind great indie genre pics like Resolution, Spring, The Endless, and the recent Synchronic, making Moon Knight the biggest project they’ve been involved with yet. Oscar Isaac is set to star in Moon Knight, which follows “an ex-Marine turned mercenary whose multiple alter egos allow him to better fight crime.”

THR has the scoop about Justin Benson and Aaron Moorhead landing the job of Moon Knight directors. Mohamed Diab will also direct the series and serve as showrunner. Benson and Moorhead will direct “several episodes,” while The Umbrella Academy‘s Jeremy Slater is running the writer’s room. Created in 1975, Moon Knight is kind of like Marvel’s answer to Batman – a millionaire who fights crime using cool gadgets. The character’s alter ego is “Marc Spector, an ex-Marine turned mercenary whose multiple alter egos allow him to better fight crime,” and in the comics it’s been revealed that Spector is “a conduit for the Egyptian moon god Khonshu.” Here’s some more info via the Marvel Wiki:

Marc Spector aka Moon Knight was a Jewish-American former US Marine turned C.I.A. agent. After leaving both organizations in disgrace he became a soldier of fortune. He was left for dead in the desert, on a mercenary mission in Egypt, where an idol of the Egyptian moon god; Khonshu, saved him and gave him his moon-based powers. Returning to the US with a newfound lease on life he took up multiple identities such as “Steven Grant”, and “Jake Lockley” to fight crime which, when alongside childhood trauma, also caused him to lapse back into Dissociative Identity Disorder.

Oscar Isaac is attached to star, and THR says the show is supposed to start shooting in Budapest this March. I’ll tell you now that I’m not exactly well-versed in the world of Moon Knight, but I’m very excited to see Benson and Moorhead land such a high-profile gig.

I’ve been following their work since the jump, starting with their feature debut, 2012’s Resolution. Since that film their output has grown even better and more ambitious, with the best of the bunch – so far at least – being 2014’s romantic horror movie Spring, which kind of plays out like H.P. Lovecraft wrote the Before… trilogy. Their most recent movie was the ambitious Synchronic, which featured Marvel player Anthony Mackie.

After the Moon Knight news broke, Moorhead wrote on Twitter: “I still can’t quite wake up from this dream I’m having, that we’re directing Oscar Isaac in a Marvel show. It’s really happening.”