Home » Marvel's 'Loki': Here's When Every New Episode Comes out on Disney+

Marvel's 'Loki': Here's When Every New Episode Comes out on Disney+ 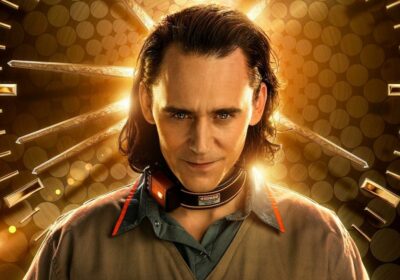 Disney+ has finally announced the Loki release date. A video announced released May 5 featuring star Tom Hiddleston revealed when the show will debut on the streaming service, as well as what days of the week Loki will air. Here’s everything you need to know about the third Marvel TV series.

How many episodes will ‘Loki’ have?

Loki is the third installment of phase 4 of the Marvel Cinematic Universe. WandaVision was first and blew fans away with its originality. The Falcon and The Winter Soldier came next, finally introducing Anthony Mackie’s Sam Wilson as the new Captain America. Now, Hiddleston is back as the mischievous beloved Loki.

Loki died in the beginning of Avengers: Infinity War. But thanks to the time traveling in Avengers: Endgame, he’s back. When Iron Man, Captain America, and Ant-Man traveled back to New York City circa 2012 (aka the middle of Loki’s attack on the city in The Avengers), Loki was able to sneak out of captivity with the Space Stone (the Tesseract). It’s this version of Loki that stars in the new Disney+ series.

Loki will have six episodes, just like The Falcon and The Winter Soldier. WandaVision had nine.

When does ‘Loki’ come out?

Loki will be dealing with the Time Variance Authority in the series. The agency deals with those who mess with time travel. Based on the trailer, it seems the TVA has both imprisoned Loki and wants to use him to its advantage. Good luck with that.

The Loki cast consists of Hiddleston, Owen Wilson, Gugu Mbatha-Raw, Sophia Di Martino, Wunmi Mosaku, and Richard E. Grant. Fans think they caught a glimpse of Scarlett Johansson’s Black Widow in one of the trailers. And given the show’s time traveling premise, it’s possible she could appear.

The show was originally slated for a June 11 release, but it was moved up to June 9.

“Wednesdays are the new Fridays,” Hiddleston says in the video announcing the new date.

The release date change is likely due to the rest of the Marvel schedule, announced May 3. Loki starting its six-week run in June means it will overlap with the release of Black Widow in July. Black Widow comes out Friday, July 9 in theaters. Disney+ is likely trying to avoid competition between Loki‘s new episode that week and the Johansson solo film.

Loki and Black Widow will be followed by more Marvel movies. Here are the upcoming movie release dates:

Doctor Strange in the Multiverse of Madness—March 25, 2022