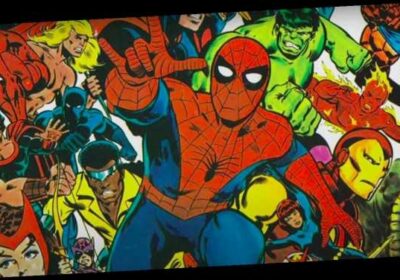 Marvel’s Behind the Mask Trailer

Why do people love Spider-Man? On the page, he’s just a guy in a red-and-blue suit who jumps off tall buildings. But Marvel creative director Joe Quesada recounted something that Spider-Man creator Stan Lee once told him: “Tell me who he is, tell me what his problems are, and now, when he flies off that building, we’re in that suit.”

Directed by Michael Jacobs, Marvel’s Behind the Mask is a special documentary film that takes a deep dive into Marvel’s 80-year legacy, with the help of comic creatives and pop culture experts. The writers and artists behind iconic Marvel Universe characters like Black Panther, Miles Morales, Ms. Marvel, Luke Cage, the X-Men, Captain Marvel, and many more speak about why those characters resonated with fans, and what impact they had on pop culture, and themselves.

It’s nice to see Disney+ using the platform to get into behind-the-scenes storytelling that highlights the artists and creatives who helped craft these characters that so heavily dominate our pop culture landscape. Whatever your thoughts on superheroes, or on this documentary — whether it’s a fluff piece or if it delivers genuine insight into the creative process — Marvel’s Behind the Mask does at least have that thing going for it.

The official synopsis for the documentary special is below:

From the very inception of comic books, secret identities have been an integral part of both Super Heroes and Villains leading “normal” lives. But it’s the characters beneath that resonate within us across generations of fans. Since the advent of the Marvel Age of Comics in the early 1960s, Marvel’s writers and artists have used the notion of identities to examine the evolving concept of equal rights. These legendary Marvel creations and stories have not only reflected the world outside our window – they have become a reflection of our own identities and who we truly are.

Marvel’s Behind the Mask will be available for streaming on Friday, February 12, 2021.