Marilyn Monroe’s first husband: Married at 16, the girl who just wanted to be loved 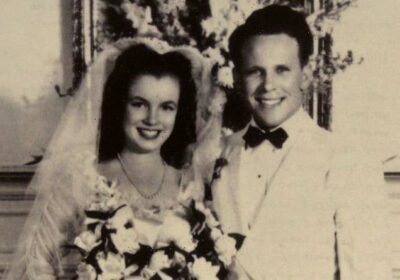 Long before she was the most iconic woman in the world and linked with Joe DiMaggio, Arthur Miller and JFK, Norma Jeane was a teenage foster kid who desperately needed a home. Jim said: “She just wanted to be a good wife and she wanted to be secure and loved and feel like she belonged to somebody. That was very important to her.” SCROLL DOWN TO LISTEN TO MARILYN AND JIM TALK ABOUT THEIR MARRIAGE

Norma Jeane was the product of a broken home. Her father has never been identified and her mother, Gladys Baker, had a series of failed relationships and a history of mental health problems. Up to the age of seven, Norma Jeane was in and out of Los Angeles foster homes before her mother finally bought a small house in 1933 for them to live together.

Unfortunately, in January 1934, Gladys had a mental breakdown and was diagnosed with paranoid schizophrenia and committed. She would not play any significant role in her daughter’s life and spent the rest of her life in and out of hospitals. But Norma Jeane never forgot her and when she became Marilyn she used to send Gladys $250 a month and left her a $100,00 trust fund in her will.

However, back in 1934, seven-year-old Norma Jeane was made a ward of the state, and her mother’s friend, Grace Goddard, took responsibility for her. 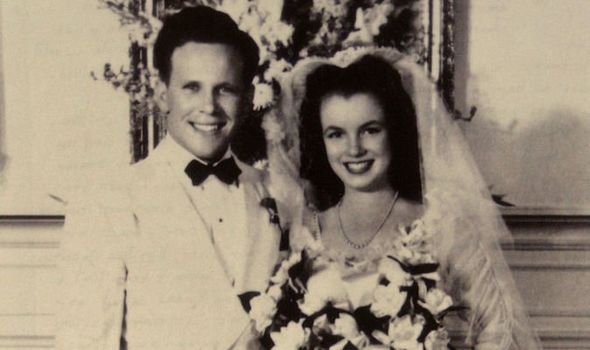 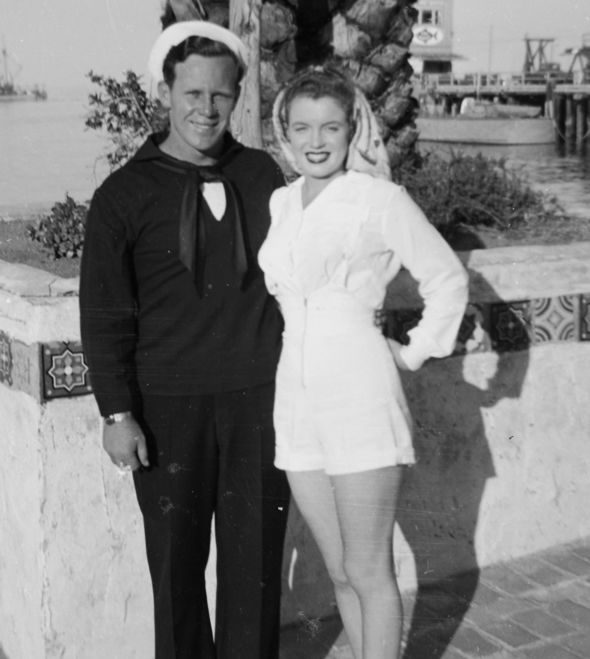 Up to the age of 15, Norma Jeane shuttled between a series of foster homes and the Los Angeles Orphans Home.  Finally, she found a stable and happy place with Grace’s aunt, Ana Lower, from 1938-1941. It ended due to Lower’s failing health and Norma Jeane returned to live with the Goddards.

The following year, Mr Goddard’s new job took them to West Virginia and California state laws meant they could not take their ward out of state. Faced with returning to the orphanage, a quick and expedient marriage took place with the son of a neighbour.

Jim later said: “She was too young to get married but she was fully mature physically and somewhat emotionally.” 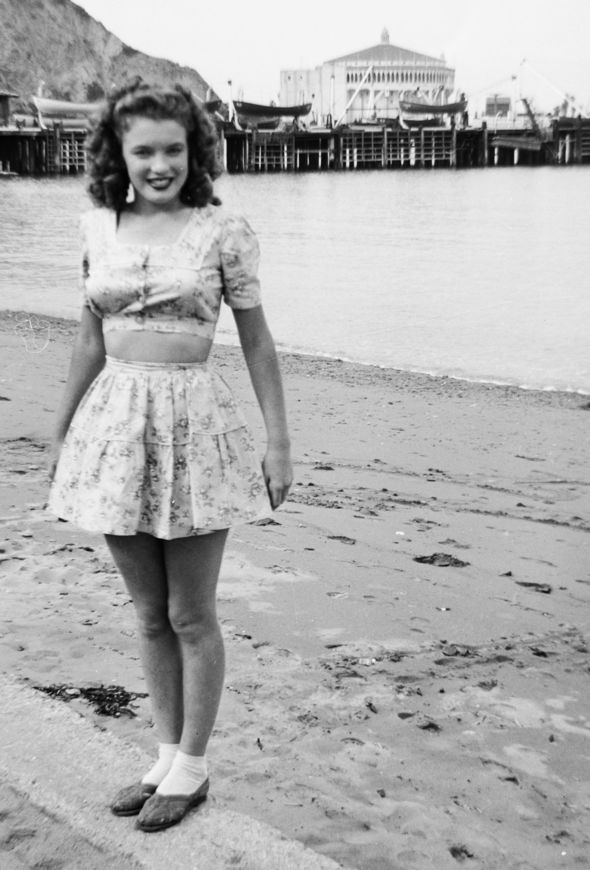 Paul added: “Many years later, Jim told me that he and Norma Jeane had a very contented marital life. They often went fishing and hunting although Norma Jeane refused to shoot anything.”

World War 2 was raging at the time and Jim was drafted. He went into the merchant marines and was based with his wife at the military base at Santa Catalina Island, off the California Coast. Photographs of the young couple show them on the beach there.

Her beauty was starting to get noticed and Paul said: “Norma Jeane was faithful to Dougherty but he was jealous of the other men eyeing up his wife.”

In 1944 Jim was posted to the South Pacific and the night before he left, she begged him to make her pregnant so she ”would have a piece of him” if something happened.

Norma Jeane took a job at a munitions factory where she was spotted by a US Army photographer who was scouting for pictures of factory girls to boost troop morale overseas.

Norma Jeane signed her contract with the Blue Book Model Agency in August 1945, straightened her hair and dyed it blonde. Within six months she had been on 33 magazine covers.

At first, Jim tolerated her budding modelling career: “I thought it was fine, she could do that until I got home. But then she got deeper and deeper and more involved in it because I was gone so long.”

In 1946 Norma Jeane began to chase a film career, signing a six-month contract with 20th Century Fox in August and taking the stage name Marilyn Monroe.

It was to be the end of her marriage. 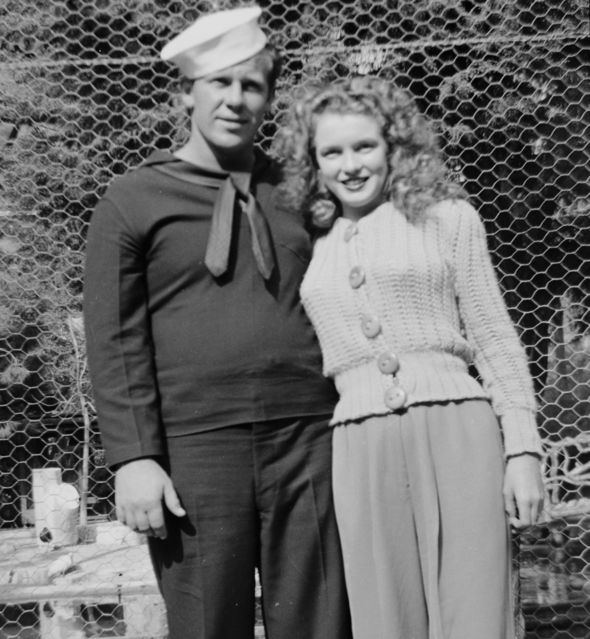 The studio insisted all starlets were unmarried, so she drove to Las Vegas to have the marriage dissolved in September 1946, although she did not think it meant the end of her relationship at the time.

Jim later said: “She just thought she could get this divorce, we’d go on as before. She could have a career and we could have everything the same. I said, ‘It doesn’t work that way.’ I wanted a family and I didn’t want to be Mr Monroe.”

For the next three years, Marilyn had small parts in movies and supplemented her income with modelling work. She began to get noticed in 1950’s All About Eve and The Asphalt Jungle and signed a seven-year contract with Fox.

Marilyn Monroe the film star was on her way and she never saw Jim again – but not because she didn’t want to.

In 1947 Jim married Patricia Scoman. Perhaps, understandably, over the years she was not thrilled that his ex-wife was the most famous Hollywood bombshell of all time.

Jim said Marilyn understood: “She knew that my second wife was extremely jealous. She didn’t want to interfere with my family. She knew I was happy.”

He joined the LA police force in 1949. In one final twist he became friends with fellow officer Jack Clemmons, who was the first policeman on the scene when Marilyn died in August 1962.

Biographer Paul Donnelly added: “Once Clemmons had filed his report, he called Dougherty to make sure his friend knew what happened to his ex-wife. ‘I was expecting it,’ said Jim.”

In a 2002 interview, Jim explained: “Fame was injurious to her. She was too gentle to be an actress. She wasn’t tough enough for Hollywood.”