Marilyn Eastman, 'Night of the Living Dead' financier and actress, dies at 87 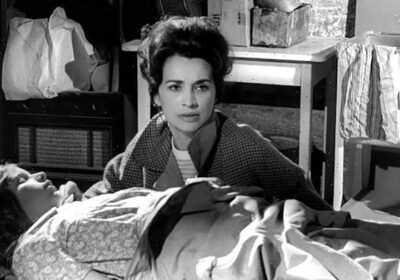 The world of horror cinema lost an important figure yesterday. Marilyn Eastman, better known to horror fans as Night of the Living Dead‘s Helen Cooper, the poor woman caring for her zombie-bitten daughter all while her bigoted husband is screaming at the rest of the survivors, passed away on Sunday at the age of 87.

Eastman was a huge part of the lightning captured in a bottle project originally titled Night of the Flesh Eaters and, believe it or not, her biggest contribution wasn’t how she portrayed the only likable member of the Cooper family. That would normally be enough to lionize her as a part of one of the most influential and game-changing films to ever be made, but her work on the film goes far beyond Helen Cooper.

Eastman also helped finance the movie for young upstart George A. Romero. Along with her partner, Karl Hardman (who, it should come as no surprise, played her husband in the film and would prove to be one of cinema’s best asshole characters), she used her industrial film production company to scrounge up the meager amount Romero needed to start his 16mm black and white horror film.

Without Eastman, Night of the Living Dead wouldn’t exist.

Take Night of the Living Dead off the table and then what the hell does the world of horror look like today?

I’d like to believe Romero would have found some way to make his films, but you can’t discount timing when it comes to creating a classic. They were the right people at the right time to make a socially conscious morality tale about humanity under pressure and it, quite frankly, changed the world.

That sounds hyperbolic, but it really isn’t. Not only did the film introduce the concept of the zombie as we know it (up until this movie, zombies were portrayed as undead slaves under a Voodoo curse), it also opened the door for “horror as art.”

Night of the Living Dead came out the same year as Rosemary’s Baby, so yes, of course, serious-minded horror did exist and would have existed, but what Romero and his crew did was show everybody that a B-picture could just as successfully and thoughtfully deliver an important social message as a big-budget, star-studded studio tentpole.

When you follow Night up with Dawn of the Dead and its gleeful deconstruction of American capitalism, you cement these films as a massive turning point in how filmmakers approached genre and what fans would come to expect from it.

So, yes. Helen Cooper is a horror icon who was done dirty by her undead little girl wielding a gardening instrument, but her impact on genre goes well beyond her appearances in the film. Yes, appearances. Plural. She also appeared as a zombie. This was a low-budget outing! If they needed a role to be filled, whoever was around had to carry that water, even if it’s the dang financier.

So, thank you, Marilyn, for the absolutely massive mark you left on the film industry, the horror genre, and movie fans all over the world.