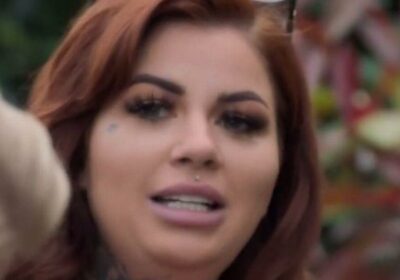 Married At First Sightis set to get even more explosive as a teaser at the end of Thursday night’s show left one contestant feeling uneasy and questioning a lot.

Gemma Rose, who is currently married to Matt Murray, was left unimpressed by some behaviour as she told pals Adrian and Thomas about her “gut instinct”.

She said: “I’m questioning whether there’s more to this story.”

Viewers of the show took to social media to share their thoughts: “Gemma [eye emoji] what even happened??? I don’t even know what happened. I’m struggling.”

Another added: “hmm feeling for Gemma a bit now. She needs more”.

One more said: "Next episode of #MAFS is looking wild". While another shared a picture of the contestants looking shocked and wrote: "All of us watching the previews for next week".

It seems there could be more drama to come in the next episode of the E4 experimental dating show and previously one of the experts hinted at it.

“All I can say is that it was honestly the most wild swap,” teases the 48 year old. “So much so that it was a challenge for myself, Charlene [Douglas] and Mel [Schilling].

Paul, who also stars as an advisor onCelebs Go Dating, continued: “This is the most explosive series yet. Every dinner party will keep you glued and have you on the edge on the seat.”

So dramatic was the show that Paul admits he increased the number of times he saw his therapist during filming.

“I go to therapy and Charlene does as well and I increased my visits this series,” said Paul. “Not necessarily because it was explosive, but if you are counselling someone, if you are not being counselled it’s easy to project challenges that you’re having onto other people.”

He continued: “Another reason is these commitment ceremonies were very intense. The most intense I’ve seen.

"I think the reason for that is I believe this is the most diverse cast I’ve ever seen, and it’s not about sexuality or ethnicity, it’s personalities, values, everything. There are more challenges and that requires more of us as experts.”