MAFS Australia’s Bryce Ruthven is coming to the UK 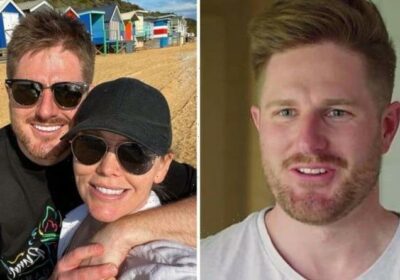 Married At First Sight Australia season eight welcomed one of its most controversial couples ever with Bryce Ruthven and Melissa Rawson. From the very beginning, there were concerns of Bryce gaslighting his new bride which caused outrage among the couples and viewers. The E4 series may have finished but fans are still fascinated by what happened after the cameras stopped rolling.

Bryce Ruthven publicly stated how his wife Melissa Rawson wasn’t his “type”, ranking her the fourth hottest bride in the show.

He threatened to walk away when she asked him for reassurance and there were even rumours of Bryce having a girlfriend on the outside.

Nevertheless, Bryce and Melissa have come out of MAFS Australia strong and are one of the only couples to stay together.

After leaving the experiment, they soon moved in together and Bryce popped the question during a helicopter ride.

In October, the couple also welcomed twin boys, Levi and Tate, who were born 10 weeks prematurely.

Their sons are doing well though with Bryce and Melissa posting regular updates on how they are adapting to parenthood.

With both MAFS Australia, their relationship and growing family, it really has been a whirlwind year for the reality stars.

While they currently live in Melbourne, Australia, Bryce has said they have plans to come to the UK next year.

Speaking to Daily Mail Australia, Bryce said: “Melissa and I would love to take Levi and Tate to the UK after April 18 to introduce the twins to family and friends that live over there.

“Who knows how long the visit to the UK could end up, might spend a bit more time over there than your usual Contiki tour.”

The publication also hinted at the fact Bryce and his family could be considering moving to the United Kingdom permanently.

An inside source claimed there could be some job opportunities for the former radio host.

They said: “I hear Bryce has been talking to casting producers and is waiting for the right career opportunity to move there. He is trying to keep his options open.”

He said that UK fans’ reaction to what happened on the show was “the complete opposite” to those in Australia.

Could this be another reason why Bryce and Melissa may leave their lives Down Under?

MAFS Australia has already been renewed for a ninth season.

A trailer has been released, teasing the show’s return to Australian network Channel 9.

A release date hasn’t yet been announced but series nine is expected to premiere sometime in early 2022.

MAFS Australia is available to watch on All4.