‘Made that point three times now!’ Richard Madeley hits back at Ashworth in GMB probe 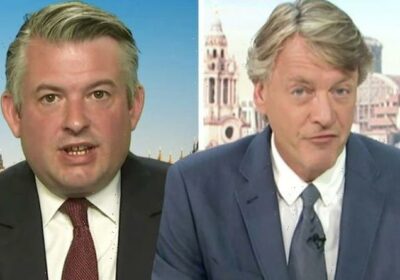 Richard Madeley and Susanna Reid spoke to Jonathan Ashworth MP on Good Morning Britain today about “freedom day” and the Covid restrictions which are set to lift on July 19. The Labour politician spoke about sick pay and how many are ineligible when struck down with the virus. Presenter Madeley pointed out Ashworth had already spoken about this issue and was repeating himself.

“Mr Johnson has been so cautious up until now and shifted the date from June to July,” Madeley began. “Why do you think he’s made this decision and reached this conclusion?”

“I just think let’s just be cautious, we’ve come so far, we’ve sacrificed so much, let’s reopen and have more people in restaurants and pubs sure, but why not wear masks for a bit longer? Why not pay people decent sick pay.

“These basic things he’s not putting in place, he’s just throwing it all to the wind and I do think that’s a bit reckless.” 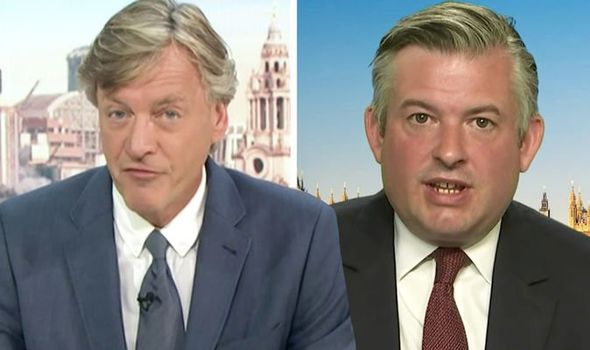 Madeley continued: “It seems to me your only real criticism, at the centre of this, is the mask issue. If he [Johnson] had said ‘keep wearing masks the way we’re wearing them at the moment’, would you have been happier?”

Ashworth commented: “Yes I would’ve been happier. But it’s not just the masks, it’s things like sick pay.

“Sick pay is really, really important; if you’re on really low pay, or in a temporary work or zero hour contact, you’ve not been able to access sick pay throughout this whole crisis.

“Some people have been forced to make use of their annual leave to go on the sick, that’s not on, that’s not fair. So I really want that resolving as well.”

“There are payments if you have to go into isolation,” Reid remarked. 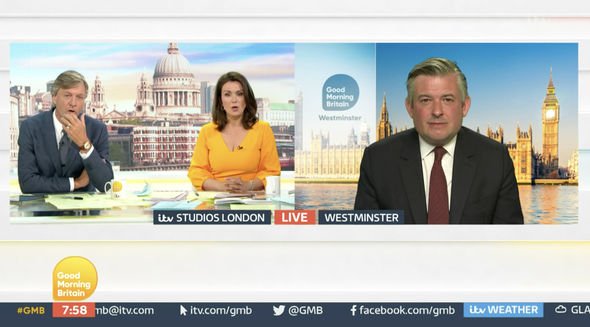 “Yes but it’s a really specific way,” Ashworth argued. “The way in which people are eligible for it is drawn so tightly, so many people fall out of it and you’ve got loads of people still going to work or using up annual leave when they’ve got the virus.

“If you’re double jabbed you will be asked to take a daily test or a test a few times throughout the 10-day period, that seems to me reasonable, let’s see what the details are later today, but that does seem reasonable to me.

“But the problem is isolation isn’t just the inconvenience for those who have to isolate, but some people cannot isolate because of finances and we have to fix that as well.” 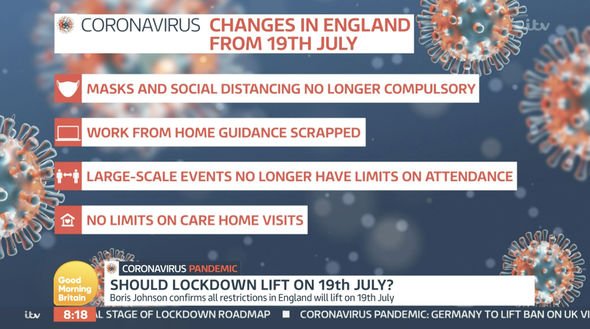 Later on in the show, the presenter wanted to know: “What would Labour’s July 19 be? What would your deadline be?”

“I would look at the data first of all and listen to scientific advice,” the politician said. “But I would want to be reassured we are bringing that third wave down as quickly as possible.

“So if Boris Johnson said there’s going to be 50,000 infections a day, he’s not said whether it’s the peak or it’s going to continue to climb, so I would need to understand that.

“We don’t know what the government’s own data suggest on that. I would also want to know what the risk of a new variant emerging [is].”